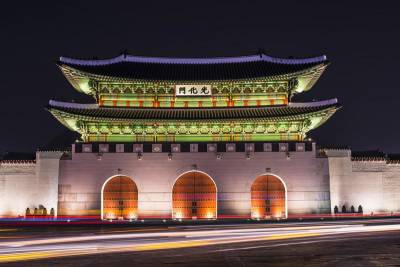 Take the metro to the Gwanghwamun Subway Station to get to Gyeongbokgung Palace. View the King Sejong statue near the subway station. The National Folklore Museum and the Pavilion of Far Reaching Fragrance are right next to the Palace on the Gyeongbokgung Palace grounds too. Take a short side trip on the route between the subway station and the palace by walking to the Jogyesa Buddhist Temple. Just north of the park is the Presidential residence known as the Blue House. 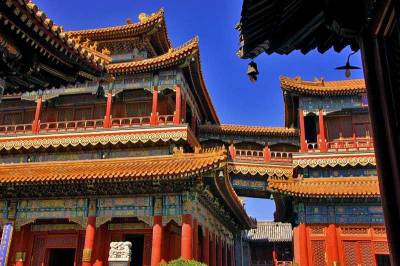 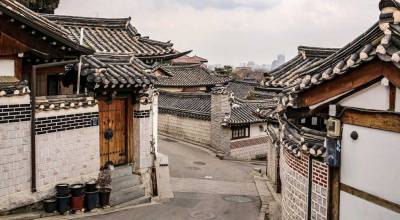 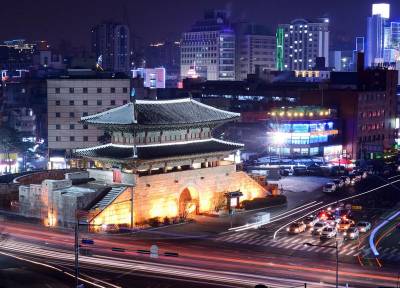 Seoul has 3 Great Gates and 4 Small Gates spread throughout the city. The Great Gates are referred to by their direction from downtown. Only 3 of the 4 Great Gates remain today. The North Great Gate is in the hills north of the Blue House. The South Great Gate is near Namdaemun 24 Hour Market. The East Great Gate is near Dongdaemun Shopping Malls. The Great West Gate was destroyed by the Japanese, so it’s called the Invisible Gate now. You can spend many hours hiking the trail remains of the old Seoul Fortress Walls between the gates. 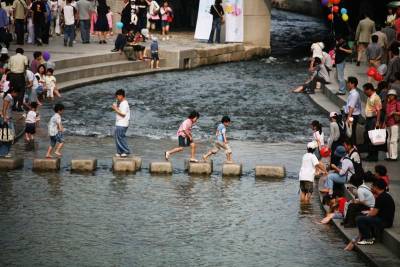 Cheonggyecheon Stream is a popular spot for tourists and locals alike. You can cross the small stream by hopping along stones set in the stream. The stream is in the heart of downtown with Cheonggye Plaza and Gwangjang Market nearby for shopping. Follow the stream east and you will soon come to the Dongdaemun Shopping Malls and the Great East Gate. 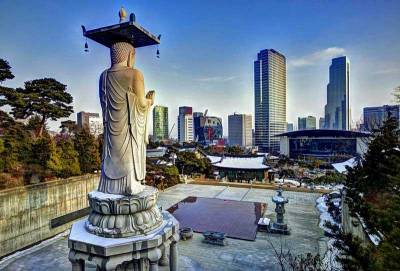 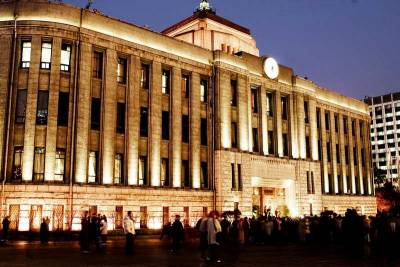 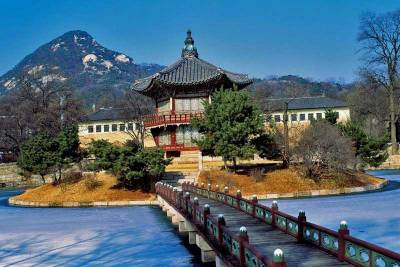 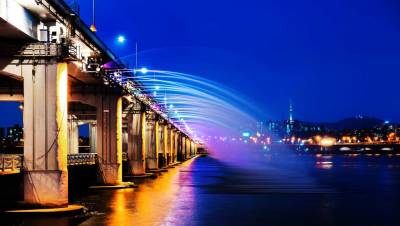 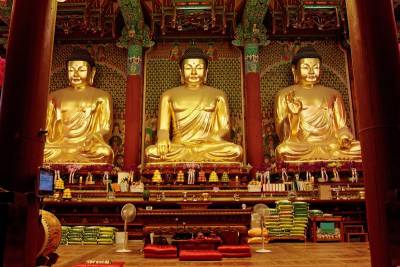 In the Han River area you can shop at the Shinsegae Department Store and stop in at the Noryangjin Fish Market. Don’t miss the Bongeunsa Temple in the Han River area too.  It’s a very popular attraction in Seoul. A bit farther brings you the National Assembly grounds or in the other direction to Lotte World, which includes a theme park, an aquarium and a water park. 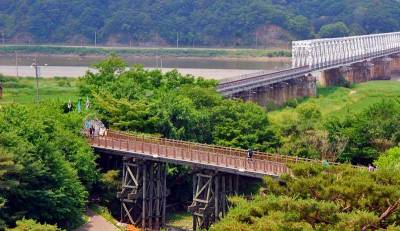 Things to See and Do near Seoul 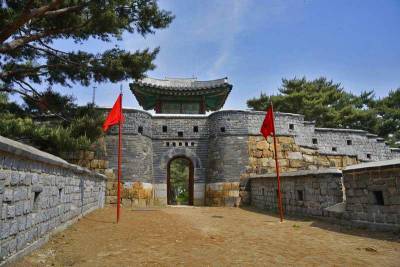 Savor the Tastes of Seoul 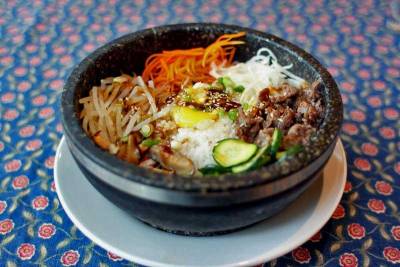 Incheon International Airport services Seoul from an island in the South China Sea about an hour from downtown Seoul. You can get to Seoul from the airport by high speed train.  Seoul’s SMRT transit system is one of the largest and busiest subway systems in the world. Train stations can be seven stories underground, so catching a ride on the subway or an inter-city high speed train can be a challenging experience.  Some trains even have wifi and stewards to serve you. 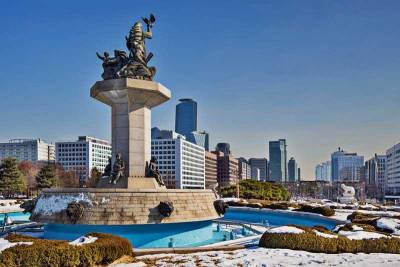 Seoul is the capital of South Korea and its largest city. More than 25 million people live there. The city is on the Han River, about an hour from the South China Sea. Seoul was also the capital of Korea during the Joseon Dynasty. The Joseon Dynasty lasted 500 years until 1897 and has a major influence on the city to this day.

Seoul weather is very warm summer, despite being close to the South China Sea. Expect average highs around 85 F (28 C). In the winter months from December to February, average highs are just above freezing and night time lows are a few degrees below freezing.

The East Asia monsoon season affect Seoul weather in July and August. Expect around 15 inches (375 mm) of rainfall in each of these months. The winter months are relatively dry, but snowfall is possible. Spring or fall are likely the best times to visit Seoul if weather is a deciding factor.