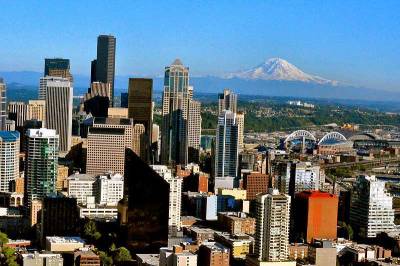 Pike Place Market – the most popular tourist attraction when you visit Seattle and it’s free. Head down to the waterfront and watch fresh salmon being tossed about at Pike Place Fish Market. Find out just how hard fish are to catch with your bare hands. Have a seafood meal on Pier 54 at Ivars, renowned for their clams since the 1930s. Have a coffee at the original first location for the Starbucks coffee empire. See the Seattle Art Museum. 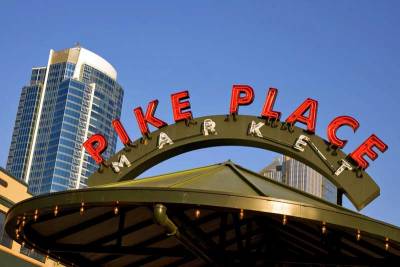 Another popular spot for those who visit Seattle is Seattle Center. Ride the glass elevator up 500 feet at the Space Needle for views over the city. Directly beside the Space Needle is the Chihuly Garden and Glass exhibit and the Museum of Pop Culture (MoPop) with tributes to Jimi Hendrix and Nirvana. The Science Fiction Museum and the Pacific Science Center are at Seattle Center too. The Pacific Science Center has interactive science exhibits, a butterfly house, tide pools, a planetarium and an IMAX theater. 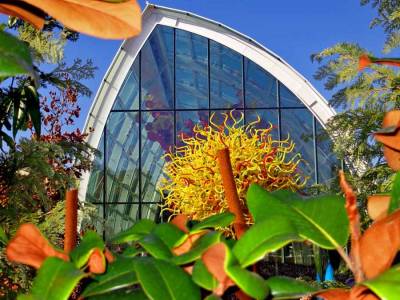 Pioneer Square is at the southern end of the Seattle Harbor Area. You will find restaurants, shops, bars, museums and tour operators in the heart of the original downtown. Try Bill Speidel’s Underground Tour for a look at the original foundations of the city from below. Pioneer Square is also near Safeco Field for Seattle Mariners games and the stadium for the Seattle Seahawks.

Take a boat trip around the Seattle harbor with Argosy Cruises, Waterways Cruises or Ride the Ducks of Seattle. You can also save some money by cruising across the harbor on a Washington State Ferry. Bainbridge Island takes 35 minutes one way. The Bremerton ferry ride is an hour ride on the Washington State Ferry. Both ferries will only cost you a few dollars and provide great views of the Seattle waterfront. 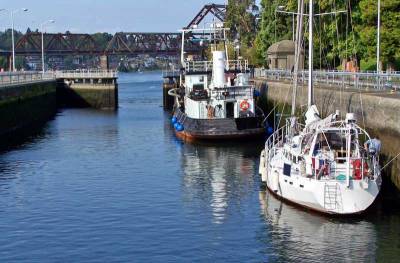 At Ballard Locks, watch the boats move between Lake Union and Puget Sound. Check out the fish ladder for migrating salmon and have a picnic. Visit nearby Discovery Park and explore the waterfront. You can reach the Ballard Locks on a short cab ride from downtown or ride the hop-on hop-off Emerald City Trolley. The Emerald City Trolley also tours downtown and will take you to the Seattle Museum of Flight.

University District – The University of Washington, Washington Park Arboretum, the Burke Museum of Natural History, the Henry Art Gallery and the U Village with restaurants and shops. Locals call this university “U. Dub”. 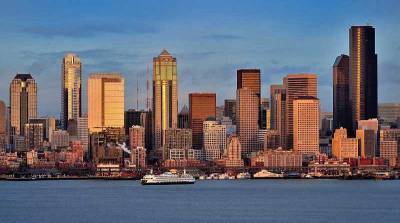 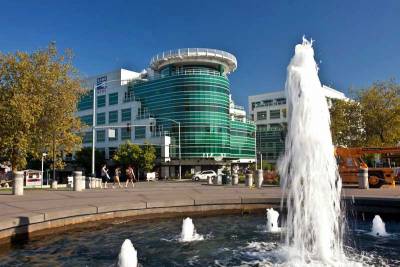 You can also head a bit further west to the hiking trails on Mount Si. From Mount Si, catch views over the city against the backdrop of the Olympic Mountains.

Travel 2 hours north of Seattle to Anacortes and then take a Washington State Ferry through the picturesque San Juan Islands. Look for whales on your ferry ride. You can also take the Clipper high speed catamaran from Pier 69 to search for whales in the San Juan Islands during the summer. The Clipper makes regular day trips to Victoria BC, in Canada too. If you travel to Anacortes in April, stop at the Skagit Valley Tulip Festival. 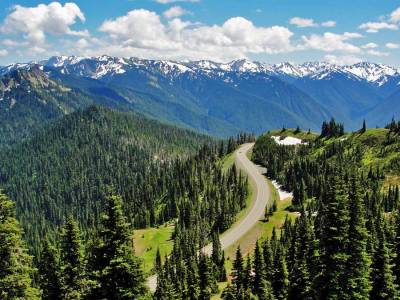 Drive 3.5 hours from Seattle to Port Angeles and then drive up Hurricane Ridge. You will find great views of the Olympics and Canada at the top. On the Pacific Coast side of Olympic National Park, you will find dense rainforest, great beaches and rock outcroppings along the ocean shores. Follow the link in the comments below to check out Hiking In Olympic National Park by Richard Campbell. 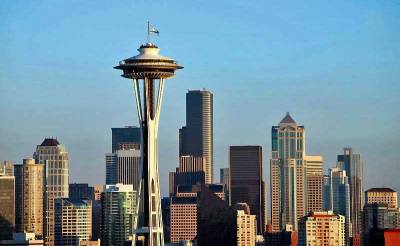 Seattle weather is influenced by the Pacific Ocean and also by a rain shadow from the Olympic mountains. The rainy season extends from November to February. During this period temperatures can reach highs of 50 F or 10 C with heavy rainfall. If the skies clear, temperatures can drop slightly below freezing. Snowfall is extremely rare.

The dry season for Seattle weather extends from May to September. The best Seattle weather is in July and August. Summer highs average around 75 F. Many people from the southern United States choose to summer in the Pacific Northwest. 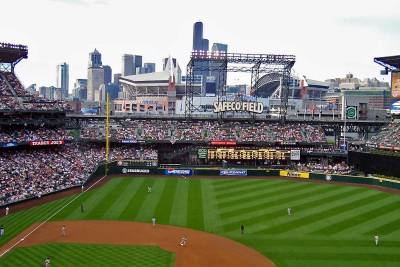 The way to get to Seattle is through the international airport, known as SEA-TAC (Seattle -Tacoma). SEA-TAC airport is about a half hour south of town. From the airport, you can take the Central Link light rail to Westlake in downtown Seattle. From there you can walk to Pike Place Market, use local transit, take the Seattle Center Monorail to Seattle Center or ride the South Lake Union Street Car to Lake Union Park.

The popularity of Alaska cruises has prompted several cruise lines to offer regular weekly service from Seattle to Alaska during the summer. Some ships dock at Pier 66 in the heart of downtown, while others tie up at Pier 90/91 about 10 minutes north. Similar to San Francisco, the pier numbers are your best indication of addresses on the waterfront.

Seattle, Washington is a city in the northwestern most corner of the continental United States. The city is on Puget Sound and is an important international shipping location. More than 3 million people live in Seattle. Native American’s had been in the area for thousands years prior to the arrival of European explorers in the mid 1800s. Today Seattle has a strong economy and is headquarters for Boeing, Microsoft, Amazon.com, T-Mobile USA and Nordstrom.