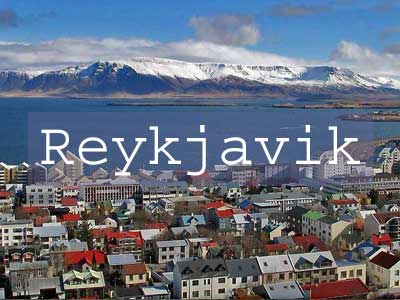 July and August are the best time to visit Iceland, because winter temperatures are common through most of the year in Iceland.

Iceland does not participate in the Euro, so be prepared to acquire and use the Icelandic krona.

Icelandic surnames are patronymic, but unlike other Scandinavian countries, they alter female names as well. Also, other Scandinavian countries have discontinued these naming conventions, but they are still in place today in Iceland. If Einar Sigurdsson has a son named Magnus and a daughter named Soldis, the children’s legal names will be Magnus Einarsson and Soldis Einarsdottir.

There are very few Icelandic family names that carry forward through the generations and these have been strictly regulated since 1925. Genealogical records in Iceland are very well maintained, but the naming conventions make for many duplications. When two individuals have the same first and last name, the grandfather’s name is then added. Last names aren’t that helpful in identifying people, so people are often identified by their occupation in order to reduce confusion.