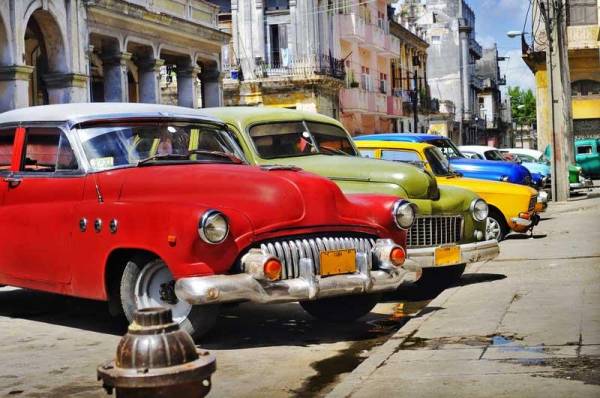 The Old Town (Habana Vieja) is a UNESCO World Heritage site. The Old Town is bordered by the Malecón (sea wall). The Malecón covers 5 miles from Havana Harbor to Vedado. The Old Town includes the Havana Cathedral, Plaza de Armas and the Plaza Vieja (the old Plaza). In times gone by, a bullfight or an execution might happen in the Plaza Vieja. Also in Old Town is the well known Bodeguita del Medio, one of the bars where Ernest Hemingway used to hang out. Have a mojito there in his honor. El Templete, in the Old Town, marks the location of the founding of the city in 1519. 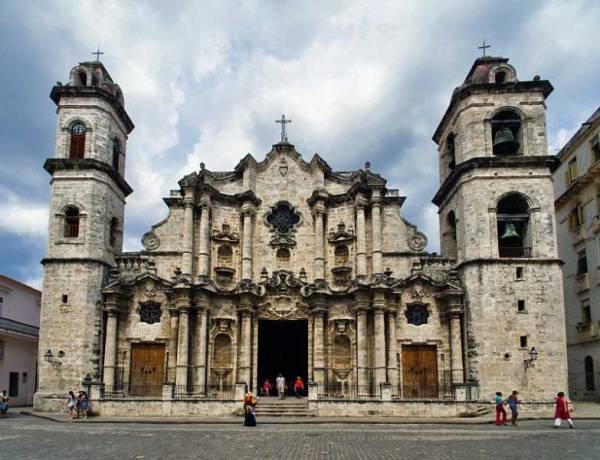 El Morro Castle is the fortress guarding the entrance to the harbor, typical of many Caribbean ports. It was built in the 16th century and is across Havana Harbor by tunnel from the Old Town. There are several other Spanish fortifications around the harbor that were built to protect Havana. These include the Fortress San Carlos de la Cabaña, Castillo de la Real Fuerza (in the Old Town) and the Fortress San Salvador de la Punta (along the Malecón). While touring the fortifications across the harbor from the Old Town, also visit the Christ of Havana, a large marble sculpture overseeing the city. 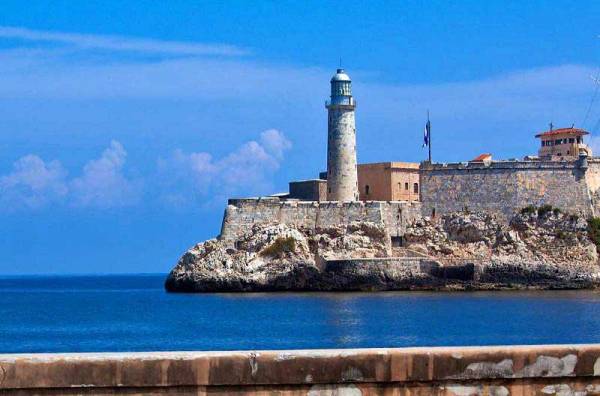 At the western edge of the Old Town, a series of attractions extend southward from that section of the Malecón. At the Museo de la Revolución, see the tank that Castro drove during the Bay of Pigs battle. Also at the museum is the yacht that brought Castro and Che Guevara to Cuba from Mexico in 1956. Immediately south of the Museum of the Revolution is the Museum of Fine Arts (Muse Nacional de Bellas Artes).

Another block to the south is the frequently photographed Hotel Plaza, built in the 1890s. El Floridita is a block further south. This bar has a seat reserved for Ernest Hemmingway. A walk of two more blocks takes you to the Great Theatre of Havana. Directly opposite the theater is the National Capitol (El Capitolio Nacional). The Capitol includes the Statue of the Republic, the Cuban Academy of Sciences and the National Museum of Natural History. 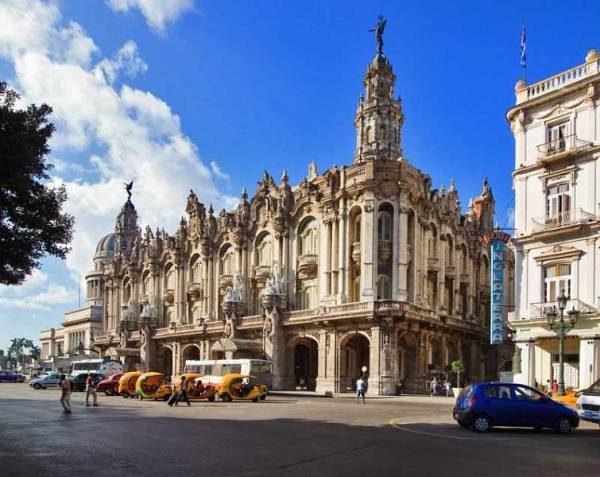 Cuba experiences a typical Caribbean climate. The dry season extends from November to April, while the rest of the year is subject to heavier rainfall. Winter has average highs that are comfortable room temperature, while summers are about 10 degrees F higher. Cuba is directly in the path of the Caribbean hurricane season in September and October. 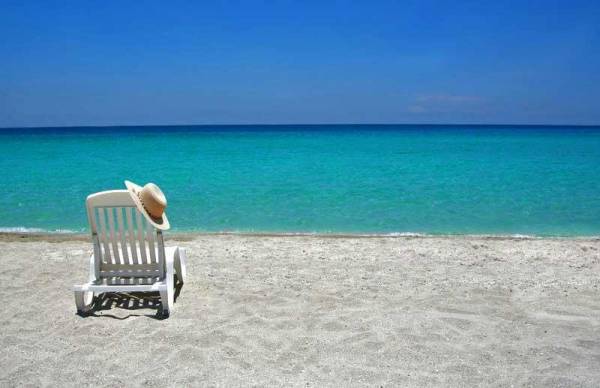 American airlines don’t fly into Cuba because of a US embargo. Non US affiliated airlines fly in to several airports in Cuba. The runway for the airport in Havana is too short for some aircraft. WestJet flies to Varadero, Cayo Coco, Holguin and Santa Clara, but not Havana. Virgin Atlantic, Air France, KLM, Air Canada, Iberia, British Airways and Air Europa have service to Cuba. Cruise lines began visiting Cuba recently, but touring restrictions apply to US citizens. Cruise tours meet the US requirements, but this means some types of tours are not offered and prices can be somewhat higher as well. For transportation from Varadero airport to Havana, try Viazul.

Other Facts about Cuba 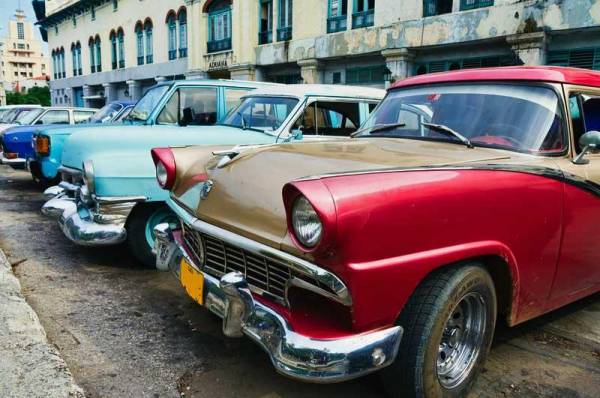 See the Sights near Havana 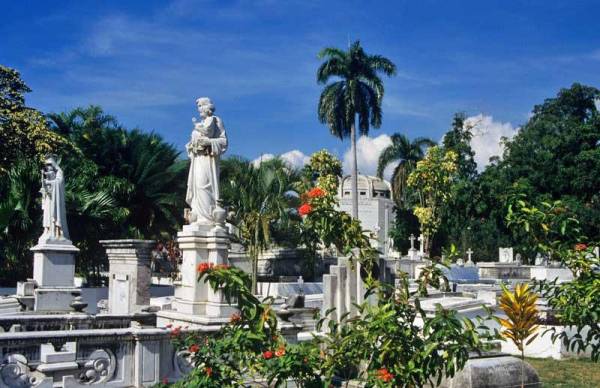 Cuban cigars have become more famous due to their illegal nature in the United States. Cuba’s isolation from the United States affected its access to American automotive parts. The country has now become famous for the repair and restoration of vehicles that were on the island prior to 1965.

Savor the Tastes of Cuba

Cuba has a population of over 11 million.  It is one of the largest islands in the Caribbean. Cuba is near to Florida & the Bahamas. Cuba was a Spanish colony until 1898. It had an affiliation with the United States until Fidel Castro took over the country in 1965. The United States has never recognized Cuba and bans all travel and trade with it. Recent US policy changes opened the country up to US citizens and then reversed this. 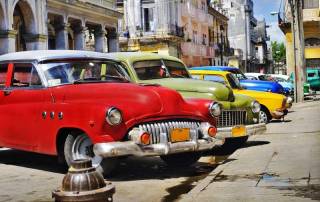 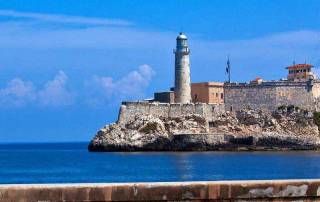 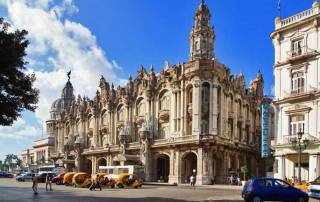 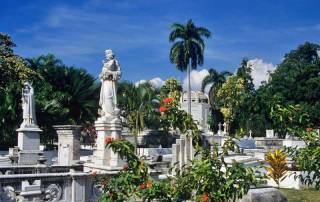 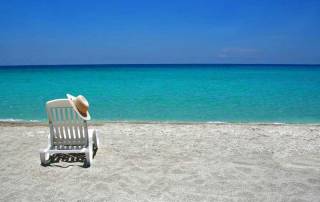 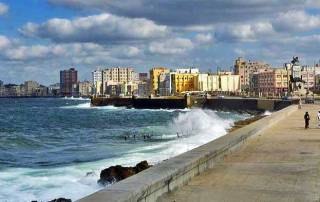 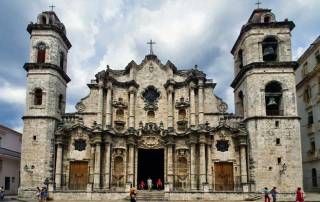 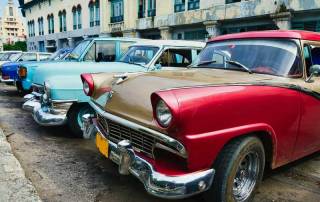 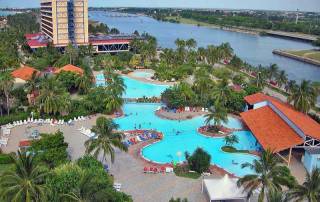 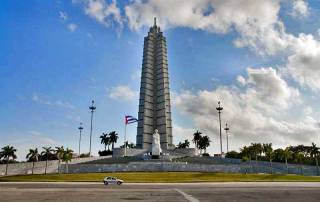