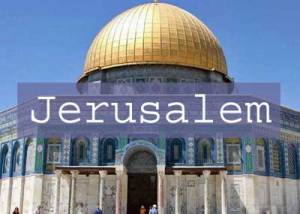 The Mediterranean Sea brings cool winters and hot, dry summers to those who visit Israel.  Away from the coast, elevation can create colder temperatures.  Light winter snowfall is possible in places like Jerusalem.  We think May and September are the best time of year to visit Israel for good weather, because it’s dry and not too hot then.  Easter is also a popular time to visit cities like Jerusalem for religious reasons.

Israel has exemption agreements from travel visa requirements with citizens of many countries for visits that last less than 90 days.  Check your specific country at VisaHQ.   For a list of exempt countries, visit Project Visa.  Customs and immigration officials are very thorough and serious, so be on your best behavior when entering the country.

The currency in Israel is the sheqel.

When you Visit Israel you will need a two prong Type C European electrical adapter.  Electrical adapters for Israel will work in many European countries, like Germany, Austria, the Netherlands, Sweden, Finland, Portugal, Spain and Eastern Europe.

The United Nations created the State of Israel after World War II.  The decision to create a Jewish state in the Middle East in 1948 led immediately to war with Arab nations.  Friction and battles have continued ever since.  About 8 million live in Israel,  About 75% of the people who live there are Jewish.  Israel shares borders with Lebanon, Syria, Jordan, the Palestinian West Bank, Gaza and Egypt.  The country has ports on the Mediterranean and the Red Sea.  Israel is well known for its military strength, its continual annexation of Palestinian lands and its strong support from the United States.  The economic center of the country is Tel Aviv.  Jerusalem is the capital of Israel, but Arab nations dispute this claim.