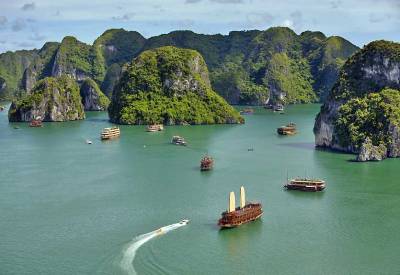 Halong Bay has many cruise options through the islands on boats that are called “junks”.  One of the most popular options is a two day one night cruise.  This option allows you to see the famous caves and floating villages when you visit Halong Bay.  Most cruises depart from the near Tua Quan Terminal. 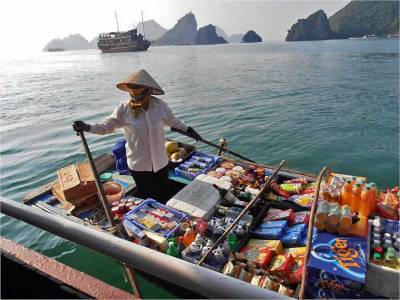 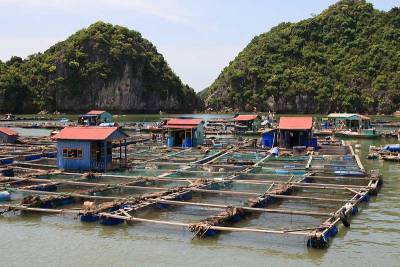 Get to Halong Bay 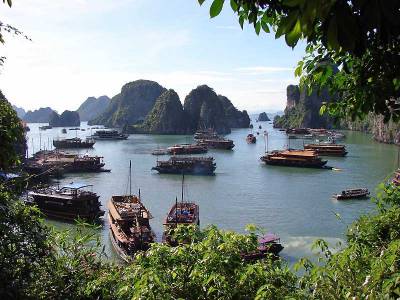 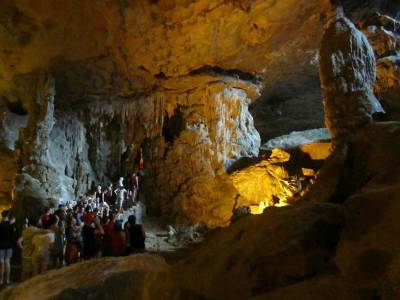 Another option for visiting Halong Bay is to book a cruise with a major cruise line.  Be careful to check how many days your cruise will be in Halong Bay.  If it’s only for one day, you will need to decide if your shore excursion will be a day cruise among the limestone islands in a junk or a day trip by bus to Hanoi.  You won’t be able to do both. 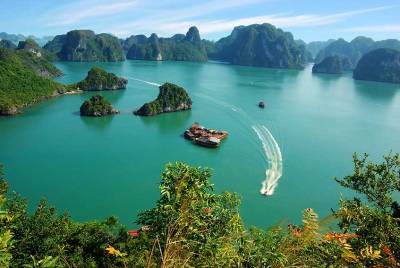 Halong Bay weather is very hot in the summer.  Summer highs from June – August average 88 F (31 C) and average lows are 81 F (27 C).  In January and February average highs are 68 F (20 C) and lows are 61 F (16 C).  Rainfall is highest in the summer months.  Winter months can be cool and overcast.  So spring and fall get our vote for the best time of year to visit Halong Bay.  If you are touring the rest of Vietnam, consider March or October, because the rest of your Vietnam vacation will be too hot by April or September.

Halong Bay or Ha Long is a popular place to spend time on a “junk”.  A junk usually takes passengers on a two day one night cruise through the  thousands of small limestone islands south of Halong Bay.   The limestone islands are a UNESCO World Heritage site in the South China Sea.  Among the islands you will find permanent floating fishing villages, limestone caves and beaches.  You may even have a floating convenience store approach your cruise to selling you snacks and souvenirs.  Halong Bay is popular for its beauty and also for the lost costs of cruises and hotels.  You will find lots of hotel construction under way to take advantage of the popularity of Halong Bay.