Extortion and murder of people employed in the travel industry have caused tourists to abandon Acapulco. 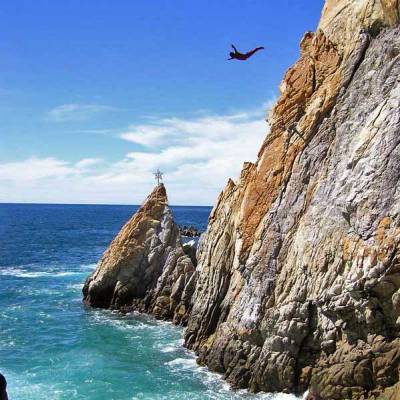 The most popular thing to do for those who visit Acapulco is to watch the cliff divers at La Quebrada.  The cliffs at La Quebrada are a short cab ride or a 15 minute walks from the cruise terminal.  Divers must time their dive with the waves in order to ensure the water is deep enough that they don’t hit bottom.  The jumps happen every hour starting at 1pm and they continue after dark as well.

You can pay a few dollars for a viewing balcony or eat at the La Perla restaurant which offers a good view of the divers.  Enjoy dinner at La Perla and watch the cliff divers at night. 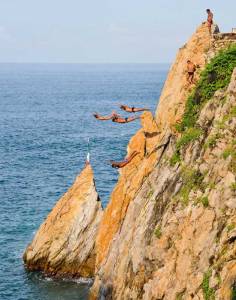 The Old Town of Acapulco is right beside the cruise terminal.  The town square is called the Zocalo or Plaza Alvarez.  The Acapulco Cathedral faces the square and the historic City Hall is just behind the Acapulco Cathedral.  You can also walk less than 10 minutes from the cruise terminal to visit Fort San Diego too.  This Spanish fort was built in the early 1600s to protect the port of Acapulco from English marauders like Sir Francis Drake. 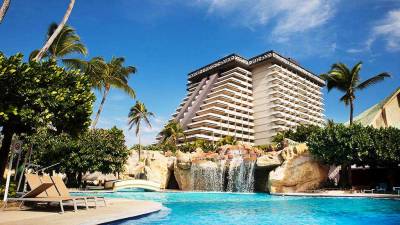 Acapulco Bay is ringed almost continuously by beaches.  The beaches are sectioned off by name and include Caleta Beach, Icacos Beach, Condesa Beach, Puerto Marques and Revolcadero Beach.  Drive along Avenue Costera Miguel Aleman, which follows the beaches around the bay.  The nearby island of La Roqueta is a popular beach where the younger crowds hang out. 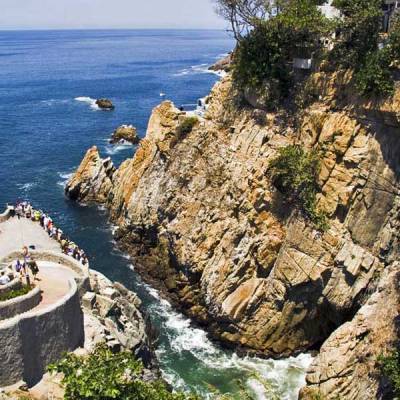 Visit Acapulco – Other Sights and Tours 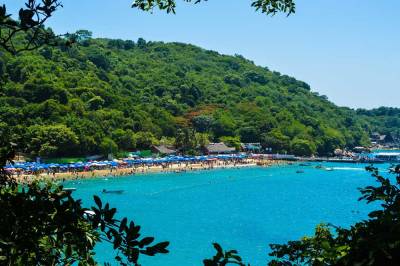 Acapulco weather makes it a popular destination during the winter months from November to April.  Rainfall rarely happens during this period.  Average highs in winter are about 87 F (30 C) while lows average 75 F (24 C).  The rainy season runs from May – October but temperatures remain about the same all year long. 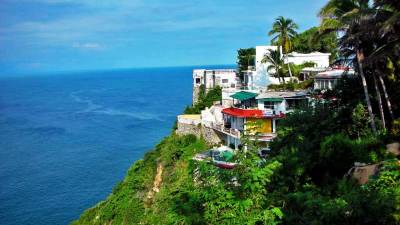 Tourists use General Juan N. Álvarez International Airport to get to Acapulco.  The historic old town is about a 30 minute cab ride from the airport.  The cruise terminal is in the heart of downtown.  Safety concerns caused a big decline in cruise ship visits and tourism starting in 2011.  NCL, Regent Seven Seas and Oceania Cruises have returned to Acapulco in 2018, but we don’t recommend visiting Acapulco.  Cartels have targeted the tourist industry for extortion.  Murder rates for taxi drivers and hotel employees are extremely high.

Acapulco has several van taxis called colectivos or peseros.  These take passengers at set locations and charge a small fare based on how far along the route you want to travel.

The city of Acapulco has been a major port on the Pacific, southwest of Mexico City, since the 1500s.  Just under 700,000 people live there.  Acapulco sports the largest beach in Mexico.  The waterfront has seen massive construction of hotels and retirement complexes recently, especially at Riviera Diamante.