Most tourists visit Waikiki Beach, which forms the eastern edge of Honolulu, but it’s commonly referred to as if it’s a separate city. The beach is a popular spot for novice surfers, with a light easy roll that’s perfect for beginners. Stroll the waterfront into Kapiolani Park and walk out on the cement piers. Locals feed bread to the tropical fish. See reef triggers, angelfish and stick fish up close.

Wander through the International Market Place – the renovations in 2016 created a modern shopping complex around the original banyan tree.  Stop on almost any street corner to visit an ABC Store. Buy chocolate macadamias, snacks and knick-knacks. Spend time in the waterfront Kapiolani Park among the banyan trees. The Honolulu Zoo and the Aquarium are in Kapiolani Park. Hawaiians love to set up large family picnics in their parks on weekends. 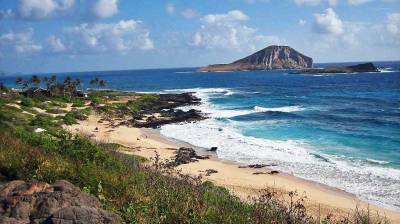 Pearl Harbour – the number one attraction on Oahu. Pearl Harbor would be about a $30 cab ride from Waikiki. It’s the World War II memorial to the bombing of the US Navy by the Japanese. The highlight is a walk out on to the surface of the sunken USS Arizona, which can be a sobering moment.

Diamond Head marks the end of Kapiolani Park. Drive through a tunnel into the center of this extinct volcano in Diamond Head State Monument and then climb to the top to the World War II bunker. It’s a tradition to reach the summit at sunrise. Hike up through the switch backs, stone steps, tunnels, spiral metal stair cases and a bunker to reach the top. Well worth the effort.

Iolani Palace, the Aliiolani Hale building and Hawaii State Capitol. Take the #2 or #13 to the Iolani Palace and back when you visit Waikiki. The #2 runs about every 10 minutes. 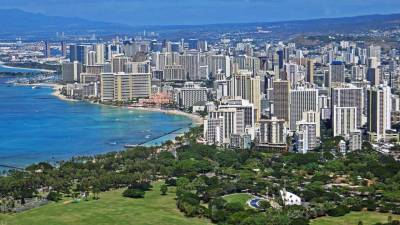 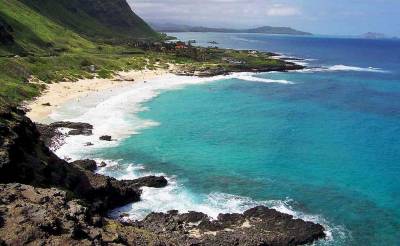 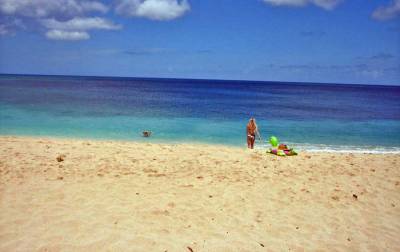 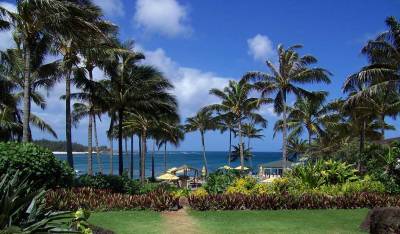 A rental car is an easy way to take an Oahu Island Drive day trip around the island of Oahu when you visit Waikiki. The southeast corner of Oahu is one of the nicest areas in the Hawaiian Islands. The beaches are so distinctive here: Hanauma Bay for snorkelers, Sandy Beach for surf and sun or Makapu’u for body surfing. You can walk along Waimanalo Beach against the backdrop of mountains so close you wonder how the beach fits in. Check out the Makapu’u Point Lighthouse Trail. Hike the World War II railway tie staircase of over 1,000 steps at Koko Crater. The Haiku Stairs (Stairway to Heaven) is officially closed, but many adventurous hikers still find ways to risk climbing the steps.

The drive around the Oahu Island had some other lovely spots, including Lanikai Beach, Turtle Bay Resort and Sunset Beach. Other popular stops include the Polynesian Cultural Center, the Dole Pineapple Plantation for pineapple ice cream, Sea Life Park, Ho‘omaluhia Botanical Garden and Byodo-In Temple. 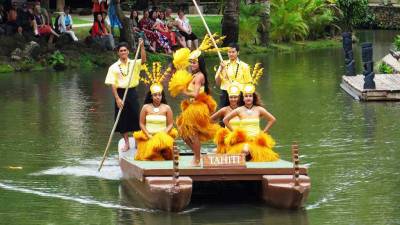 Savor the Tastes of Waikiki 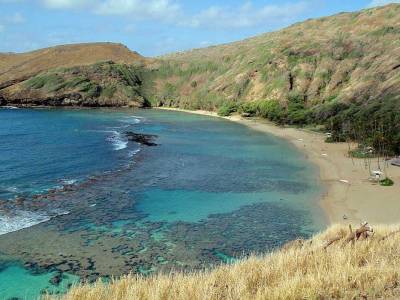 Whenever you visit Waikiki weather is fairly consistent on a year round basis. Permanent residents will think winter is significantly cooler. In the summer months from June – October expect Waikiki weather to have average highs around 88 F (31 C) and average lows are about 75 F (24 C). In January and February, average highs are about 81 F (27 C) and lows are roughly 66 F (19 C). The summer months are dry. From October – March about 2 inches (60 mm) of rain falls each month. Summer is a popular vacation time for Hawaiians, but most visitors choose winter and spring break for their visits. 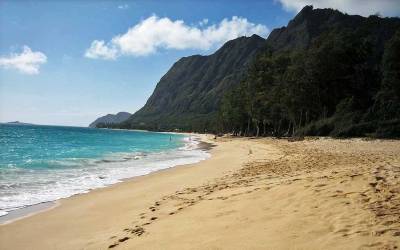 A rental car obtained from the Honolulu International Airport is the best transporation option for Oahu. Without a rental car, an aiport transfer is great way to save on transportation from the airport to the hotels in Waikiki or to arrange a lei greeting:

For visitor transportation to get around Waikiki, the Waikiki Trolley operates several routes. The Honolulu City Bus is a great method to get to Diamond Head State Monument, Hanauma Bay or Sea Life Park. Bus fares in 2015 were $2.50 one way and exact change is required. The Honolulu bus system announces the attractions at each stop, so it’s easy to find your way around.

Waikiki is synonymous with Hawaii, but it’s located on the island of Oahu and not the island of Hawaii. The Waikiki beach area used to be a favorite vacation spot for Hawaiian royalty. Today it’s a favorite tourist vacation spot. The island of Oahu has been greatly influenced by World War II and the bombing of Pearl Harbor by the Japanese on December 7, 1941. Resentment toward the Japanese still persists, but it is fading into the past. In fact, you will find the people of Oahu to be among the friendliest and most optimistic in the world.