Most of the things to see and do when you visit Old Town Vienna are close to each other. The Ringstrasse is a series of 9 boulevards that surround Old Town Vienna. The boulevards or rings used to be the old town walls, but the walls were torn down to make streets. In the center of Old Town Vienna is the Imperial Hofburg Palace. Once you reach the Old Town by subway or cab, it’s easy to walk among the attractions. 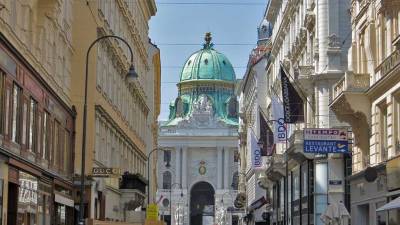 Also in the Imperial Palace complex is the Spanish Riding School with its famous Lipizzaner stallion performances. The Spanish Riding School was founded in 1752 with horses from Slovenia. On the other side of the plaza is St. Michael’s Church. Mozart’s “Requiem” was first performed at St Michael’s Church. Also on the plaza is the Demel Bakery and Cafe, which was formerly the imperial bakery. 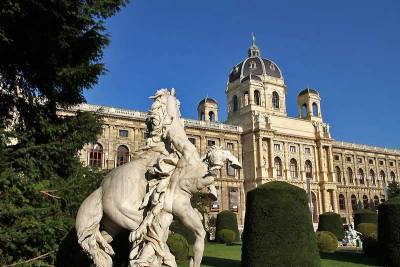 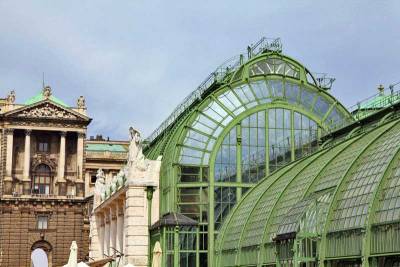 The southeast edge of the Imperial Palace grounds includes the Butterfly House, the Albertina art museum and the Vienna State Opera. The Albertina has more than a million prints and drawings, including works by Munch, Chagall, Monet and Toulouse-Lautrec. After a visit to the Opera, try the famous sacher cake (sachertorte) at the Cafe Sacher across the street.

The northwest edge of the Imperial Palace grounds includes City Hall (Rathaus), the Austrian Parliament Buildings with the statue of Athena, the Votive Church with its twin spires and the Burgtheater Imperial Court Theater. The Burgtheater was built in 1748 and is well known for its performances in German. 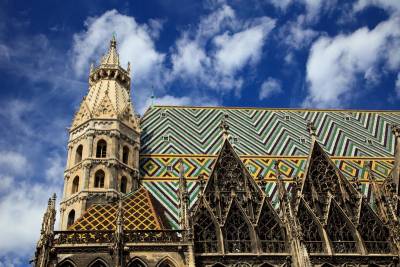 St. Stephen’s Cathedral in Old Town Vienna was rebuilt after a fire in 1258. The Cathedral was also heavily damaged during World War II. Climb 340 steps in order to enjoy views over the city from the tower. The catacombs underneath St Stephen’s Cathedral serve as the final resting place for a many of the Hapsburgs. Nearby is St Peter’s Church with its beautiful colored turquoise dome and turrets. 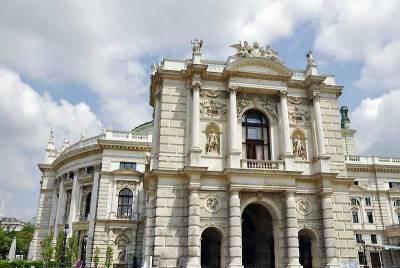 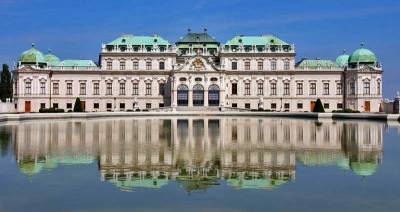 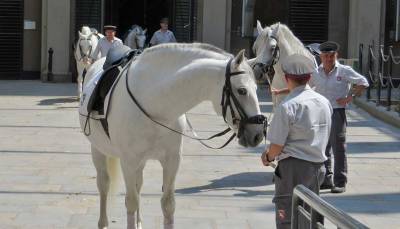 Schönbrunn Palace (Schloss Schonbrunn) is about 10 minutes by vehicle from Old Town Vienna. You can also easily take the U4 Green Line subway from downtown. Schönbrunn Palace was the Hapsburgs’ summer residence in days gone by. Visit the Blue Chinese Salon, the Room of the Millions and the Hall of Mirrors.

Mozart gave a concert for Queen Maria Theresa at Schönbrunn Palace when he was 6 years old. The world’s oldest zoo, Tiergarten Schönbrunn, is located here, as are the Palm House and Orangery botanical gardens. Have lunch at the Schönbrunn Palace Gloriette Cafe with views over the grounds and the palace. 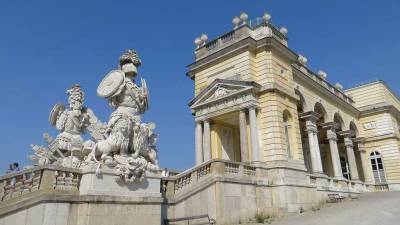 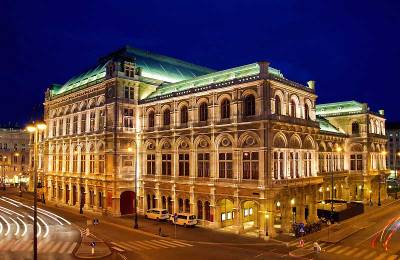 Danube Island – a 13 mile long man-made island built in the 1970s in the Danube River for flood control. Danube island is a perfect place for biking, jogging, roller blading and sports. Plus there are restaurants and bars too. Each June the Donauinselfest is held here. Visit the Danube Tower on Danube island for views over the city and the St Francis of Assisi Church on the opposite bank of the Danube River. 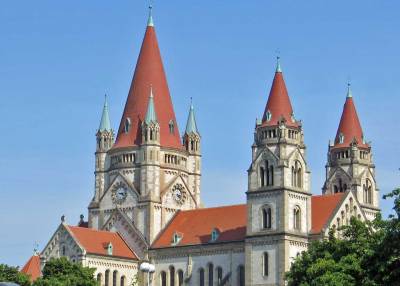 Naschmarkt – this market is a colorful combination of fresh vegetables, fruits and spices combined with a flea market on Saturdays. The Naschmarkt spans Wiener Strasse for more than a half mile and has existed since the 16th century. 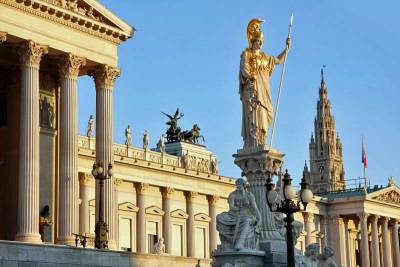 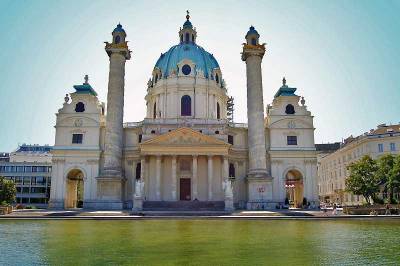 Get to Vienna – Rail

Rail is an easy way to get to Vienna. The Austrian Rail System (OBB) offers many ticket options. In addition to participating in Eurail passes, Austria also has an Einfach-Raus ticket. The Einfach-Raus ticket offers single day rates for small groups on regional trains, similar to the Bayern Ticket in Germany.

Get to Vienna – Air

The Vienna International Airport provides easy access to get to Vienna. An inexpensive commuter rail line links the airport to the Old Town. A more expensive cab ride will take a half hour cab ride.

Get to Vienna – Cruise

Vienna is also a standard stop on Danube River cruises. The U1 Red Line subway stops within walking distance of the river cruise ships and takes you directly to the Old Town. 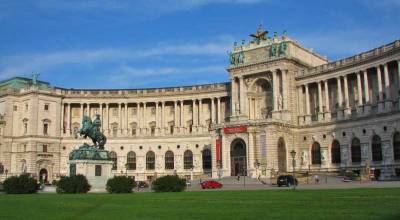 Savor the Tastes of Vienna

Sachertorte – apricot and chocolate cake invented by Franz Sacher in Vienna in the 1800s. A legal dispute between the Demel Bakery and Cafe Sacher resulted in the Demel Bakery being given the right to use the trademark “The Original Sacher Torte”, however there are no restrictions against any bakery selling their own version of sachertorte. It’s really only popular in Vienna. 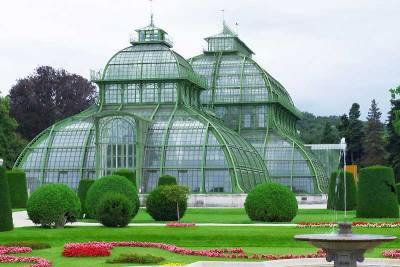 Vienna weather has summer average highs of 75 F (24 C) and lows of 60 F (15C). Rainfall is light and spread evenly throughout the year. Snow falls from November to March. Vienna weather in winter has temperatures a few degrees below freezing. The summer months of May to September are perfect for visiting and spending time enjoying Vienna and its music.

More than 2 million people live in Vienna. Vienna in German is Wien, which is pronounced “veen”. Vienna is a UNESCO World Heritage Site and one of the most popular tourist and convention destinations in Europe. The ruling Hapsburg family controlled Europe from this region of Austrai in the 17th and 18th centuries.  Music flourished in Vienna at that time and today Vienna is the City of Music. Musicians born in Vienna include Strauss I & II and Schubert. Those who worked in Vienna include Mozart, Beethoven, Brahms and Haydn. The Vienna Boys Choir is famous around the world. The Opera Ball is an annual event. The Lippizaner Stallions have also become an international attraction for their performances.