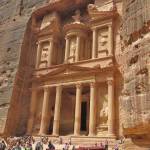 The Treasury is the most famous stone carving at Petra. 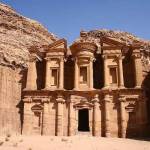 Hike up from the valley floor at Petra to see the Monastery. 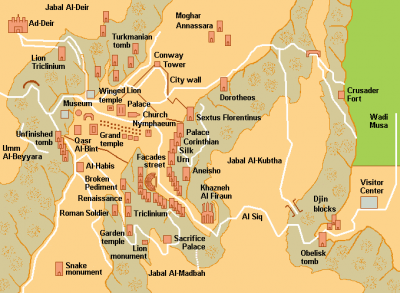 The Treasury is the most photographed structure for those who visit Petra in Jordan.  It was constructed around the time of Christ.  It is a 40 m high building carved out of the stone rock surface.  Rumor is this was the treasury for the Nabatean civilization, but it was more likely a tomb. 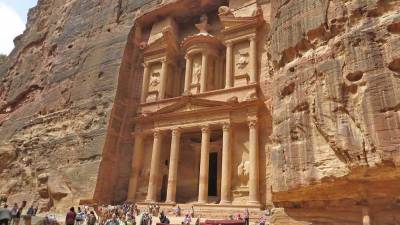 The Monastery is one of the larger monuments in Petra and is modeled on the Treasury.  The Monastery is not visited as frequently, because you must climb up from the valley floor to reach this ruin. 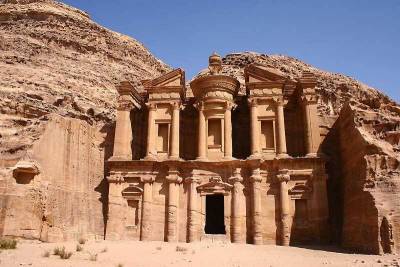 The Siq is a mile long rock fissure, likely a former river canyon. It leads directly to the Treasury and is the only entrance to the ruins of Petra. 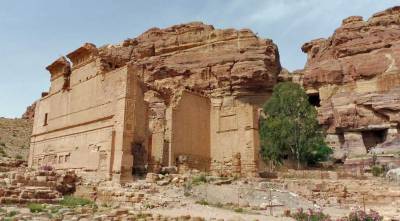 Petra Bedouins work each day in Petra and usually live in the nearby city of Umm Sayhoun.  Some Petra Bedouins sleep in the many caves throughout the ruins of Petra.  The Petra Bedouins operate make shift concession stands throughout the site, where you can enjoy water, tea, soft drinks, candy bars and even sandwiches.  The Bedouins are famous for leaving their goods in the park each night without fear of theft.  They are also known for returning items lost by tourists to their owner. 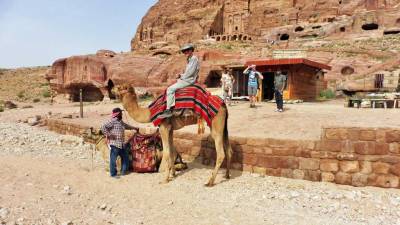 The Petra weather is similar to Amman’s, because it too is located in a mountainous region.  That means it is hot in July and August with cool evenings.  The rainy season extends from November to March, but rainfall is sporadic.  Snow is possible during the winter.  April is likely the best month to visit Petra, but October is also a good choice.  Desert wind storms often mark the transition into and out of summer. 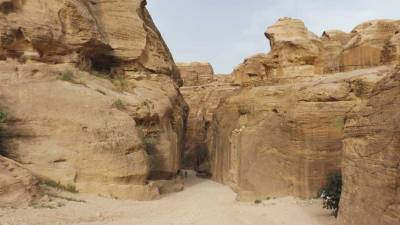 There are two main options to get to Petra – arrange for an organized tour from Amman or rent a car in Amman and drive to the site yourself.   The ruins are located 3 hours from Amman and 2 hours from Aqaba.  The nearest city is Wadi Musa, which has expanded right to the pedestrian entrance gate for Petra.  Cruise ship passengers take shore excursions to Petra from the port of Aqaba, but the commute reduces the amount of time spent at the site.  Typically, cruise ship passengers walk the Siq to the Treasury, but must start their return shortly after that. 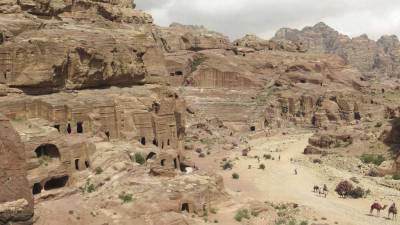 Street of Facades and Amphitheater, Petra

Petra is the Greek word for stone and refers to the buildings carved into stone.  It is also known as the Rose-Red City.  This UNESCO World Heritage Site is the most popular tourist attraction in Jordan.  Although Petra may have seen construction as early as 1200 BC, the site wasn’t rediscovered until 1812.

Petra has been more popular in recent years due to the filming of Indiana Jones and the Last Crusade at the site.  The Siq fissure leading to the Treasury is the most common popular image of Petra, however visitors will be astounded by the extent of the ruins.  Allow more than one day to visit this site.  Consider moving about by renting a donkey, camel or horse draw cart, but be aware that this is done at your own risk.  Slip off a donkey onto the stone cliffs and you may be looking at finding a group to carry you out a long distance to reach an ambulance. 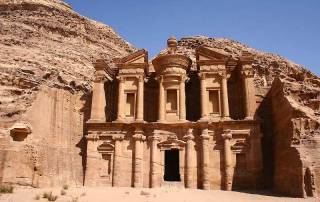 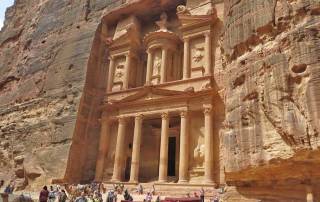 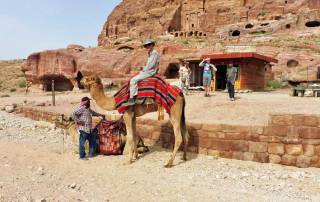 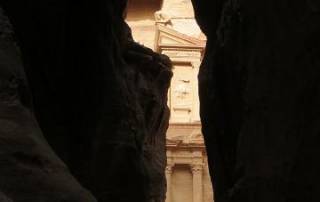 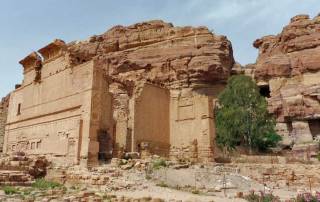 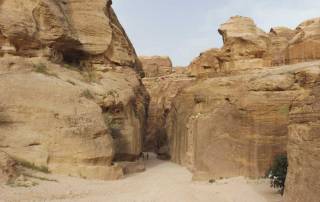 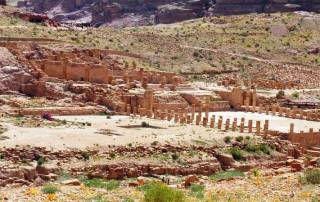 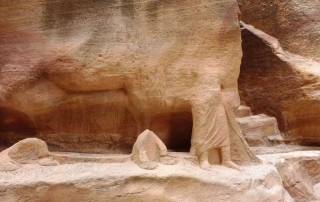 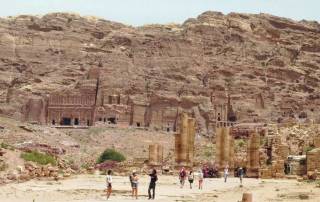 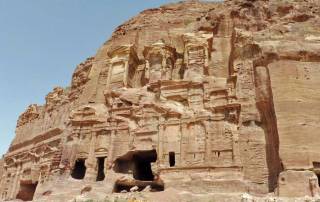 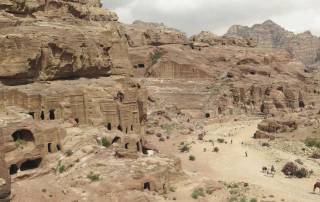