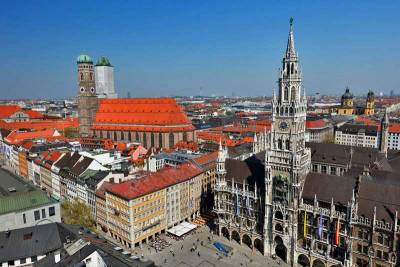 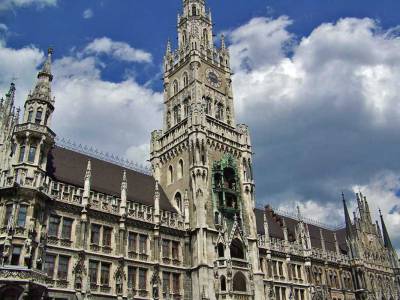 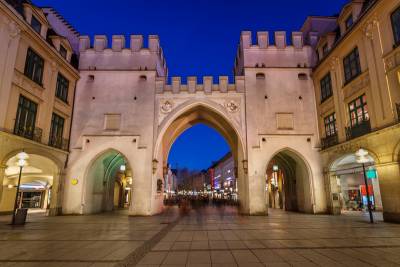 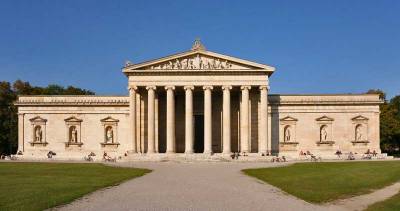 Travel a half hour by train to Dachau to the Dachau Concentration Camp Memorial or take a Guided Dachau Tour from Munich.

Take a Day Trip to Nuremburg or a Neuschwanstein Castle Visit. 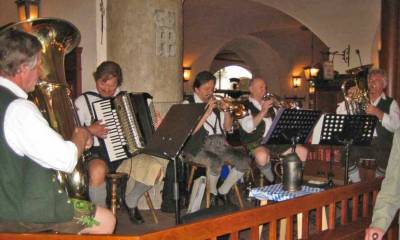 Bayerischer Hof – luxury hotel in the heart of the Old Town, near the train station

Hotel Schlicker – farther from the train station, but in the Old Town 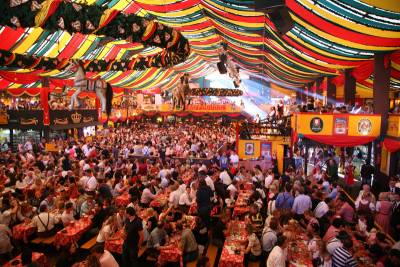 Savor the Tastes of Munich

The Hofbrauhaus – a standard tourist stop for beer and Bavarian music. The Hofbrauhaus is within walking distance from the train station with a stop at the Marienplatz along the way. 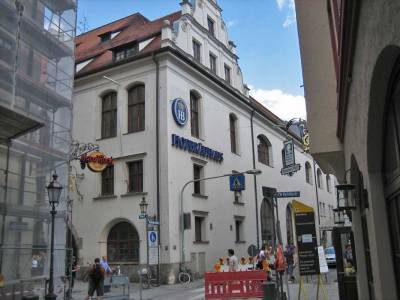 Oktoberfest (Wies’n) at Theresienwiese in October is the site for the annual German beer drinking event. 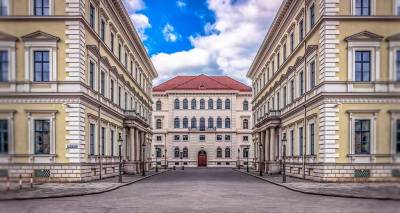 August is likely the best month to visit Munich for good weather. September is also a good choice. October is popular for the beer festival known as Oktoberfest. 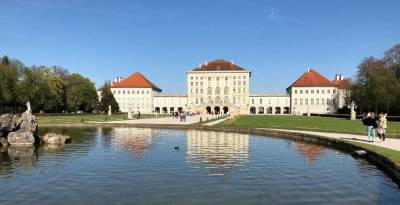 Most people get to Munich through Munich’s International Airport (MUC). Munich is one of the major airline centers for Trans Atlantic flights to Europe. The central train station is about a half hour cab ride from the airport. The trip by rail is about 45 minutes, with trains departing frequently. 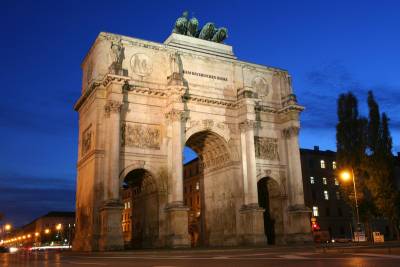 The Munich central train station is gigantic just like the airport. After traveling through smaller cities of Germany by rail, the Munich station seems like a place to live instead of travel through. The rail station has lots of coffee shops, grocery stores, restaurants and other shops. From the central train station, it’s less than a 15 minute walk to the Marienplatz and the Frauenkirche.

Munich is the third largest city in Germany. About 3 million people live there. Munich isn’t a major tourist attraction, but its international airport is the start of many visits to Europe. A stop at the Hofbrauhaus for beer and Bavarian music has become traditional for many tourists. Even more well known is the October beer drinking festival called Oktoberfest. Munich has major universities, museums and theater venues. The city was largely rebuilt after World War II. The 1972 Olympics held in Munich is remembered for the Israeli athletes assassinated by Palestinian terrorists.