The monsoon season extends from April to October, but it mainly affects the southern part of Laos.  November to March is the dry season with lower humidity and more bearable temperatures.  December and January get our vote as the best time of year to visit Laos. 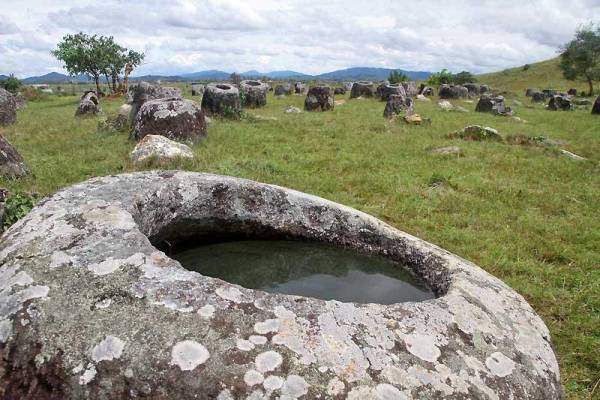 Plain of Jars, © Can Stock / shanin

The national currency in Laos is the Kip (LAK).

When you Visit Laos you will find that they use North American two / three prong electrical outlets and also European Type C two prong outlets.  You should bring electrical adapters for either of these types.

The people of Laos referred to themselves as Lao and the official language is Lao.  Laos shares borders with Thailand, Burma, Cambodia, China and Vietnam.  About 6 million people live in Laos.  The capital and largest city is Vientiane.  Laos was a kingdom from the 14th – 18th centuries and then broke into three areas – Luang Prabang, Vientiane and Champasak.  The French controlled Laos in the mid 20th century.  In 1975 the Communist Pathet Lao party took over the country.

The most popular destinations for tourism are Luang Prabang and Vientiane.  Laos is often described as relaxed and authentic.  Their tourism slogan is “Simply Beautiful”.  The tourism highlights for those who visit Laos are the UNESCO World Heritage Sites of Luang Prabang and Wat Phu. The Plain of Jars is expected to also become a World Heritage Site, but the Plain of Jars needs to be made safe from land mines first.