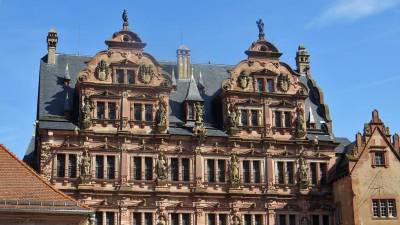 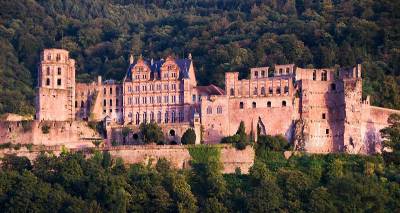 Walk the Old Town (Altstadt) or take a guided tour.  Stops include Universitätsplatz at Heidelberg University, the Karzer Student Prison on Augustinergasse, the Crucifixion, the Kornmarkt (corn market), the Markplatz, the Church of the Holy Spirit, Untere Strasse, the pedestrian street called Hauptstrasse, Knight St George’s House, the Old Bridge with the Brass Monkey Statue at the Bridge Gate and St Peter’s Church. St Peter’s is the oldest church in Heidelberg. 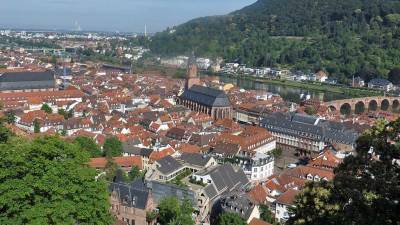 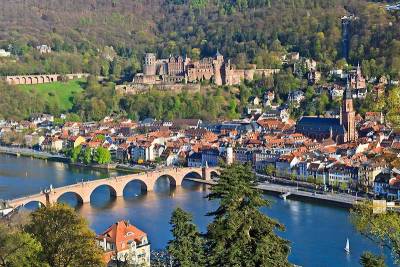 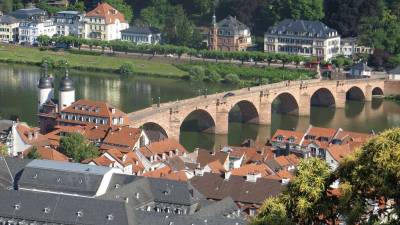 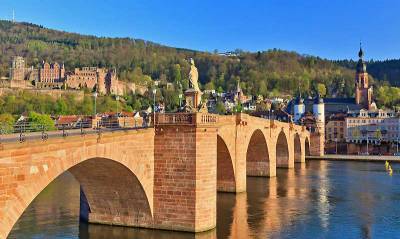 The Heidelberg Student’s Kiss is made of chocolate praline nougat and wafers covered in chocolate. A small picture of a couple kissing is then wrapped around the chocolate.  In the 1880s, men and women were discouraged from meeting in public. Fridolin Knösel came up with the idea of putting a secret compartment in the chocolate wrapper so that notes could be concealed and exchanged. The idea caught on with university students, who began exchanging chocolate in the same manner that text messages are exchanged today. Café Knösel still sells Heidelberg Student’s Kiss and so do a number of other retailers in the tourist district. 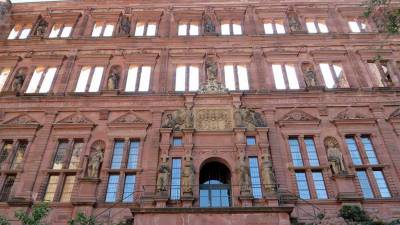 There is no major airport at Heidelberg. One of the best ways to get to Heidelberg is by train. Mannheim is under a half hour to west and it provides high speed train service connections. Alternately, the autobahn connects with Frankfurt an hour to the north and Karlsruhe 40 minutes to the south. Rhine River cruises typically disembark passengers in Mannheim for an excursion by bus to Heidelberg. The central station in Heidelberg is at the western edge of town and a tram is available to help visitors reach Heidelberg Old Town. Heidelberg Castle is accessible from town by funicular, charter tour bus or by walking. 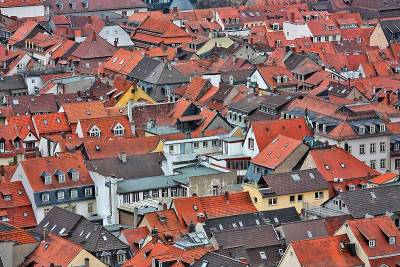 Heidelberg weather makes it a summer tourist destination. Average temperatures peak in July and August at 80 F (26 C), while lows are about 60 F (16 C). By December and January average highs are 44 F (6 C) and average lows are just above freezing. Rainfall peaks in July and again in November. August is likely the best month to visit Heidelberg for good weather.