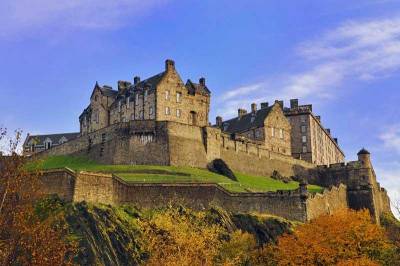 Visit Edinburgh Castle. Take a tour of the military barracks, the prison and the royal residence. Edinburgh Castle sits on Castle Rock and has been there since the 1100s. The castle is the most visited tourist attraction in Scotland. The Edinburgh Royal Military Tattoo performs each year for most of August with Edinburgh Castle as a backdrop. Enjoy the sounds of Scottish bagpipes and drums in an extravagant performance that includes fireworks.

Behind Edinburgh Castle, don’t miss the Edinburgh Farmers Market and the concerts at Usher Hall. 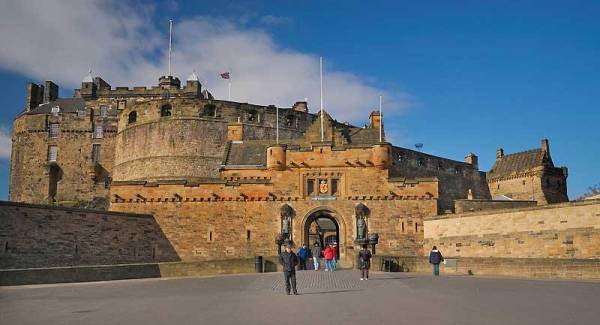 Old Town Edinburgh includes the Royal Mile which is a street running from Edinburgh Castle to the Palace of Holyroodhouse. In typical British fashion, the street changes names as you walk along it. The Royal Mile includes Castlehill, Lawnmarket, High Street, Canongate and Abbey Strand. The Royal Mile has more “Closes” or “Alleyways” than you can imagine. These are narrow pathways where you can shop for a kilt, a tartan and other souvenirs.

Some of the major things to see and do on the Royal Mile are to visit St Giles Cathedral, the Law Courts at Parliament Square, the Scotch Whisky Experience and Camera Obscura World of Illusions. Visit the Real Mary King’s Close to find out what’s under the Royal Mile. A couple of blocks south of the Royal Mile will take you to the National Museum of Scotland and beside it is Greyfriars Church and the Greyfriars Bobby’s Bar. Try one of several Ghost Tours that travel underground and visit Greyfriars Cemetery. 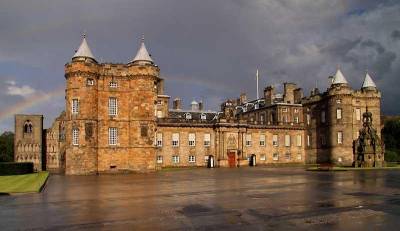 Palace of Holyrood, © Can Stock / Creative_Hearts 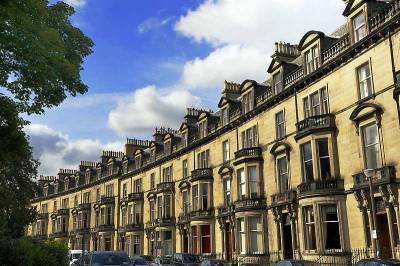 The North Bridge over Waverley Train Station takes you from the Old Town to New Town Edinburgh. The New Town was built in the 1700s. It is bordered by Queen Street and Princes Street, which has become a high end shopping district. Rose Street in the center of the New Town is where the pubs are concentrated. The New Town includes Dean Gardens & Dean Village, Queen St Gardens & Heriot Row where Robert Louis Stevenson lived. 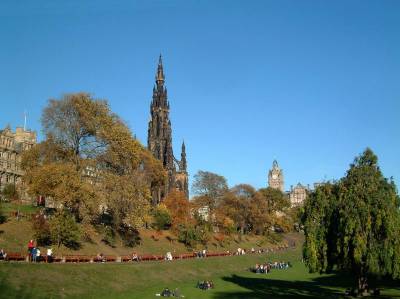 Princess St Gardens sits between the base of Edinburgh Castle and the New Town. In Princess St Gardens, you will find St Cuthbert’s Church, the Ross Fountain and the Scott Monument, commemorating Sir Walter Scott. Excess construction soil from the New Town built up to become the Mound at the eastern edge of Princess St Gardens. The National Galleries of Scotland and the Royal Scottish Academy were built here and a railway tunnel under the Mound takes trains to Waverley Train Station. 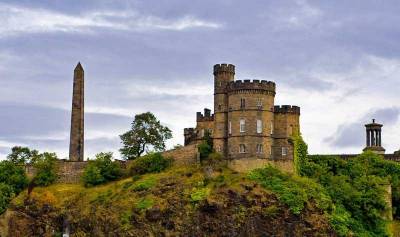 Calton Hill sits at the east end of the Old Town. The Nelson Monument is on Calton Hill, where is honors Admiral Horatio Nelson. Also in Calton Hill are the Calton Hill Parthenon National Monument, the City Observatory, the Dugald Stewart Monument and the Governor’s House. At the edge of Calton Park is Edinburgh Playhouse. 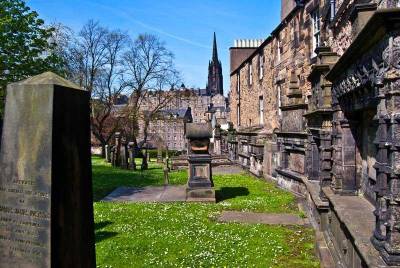 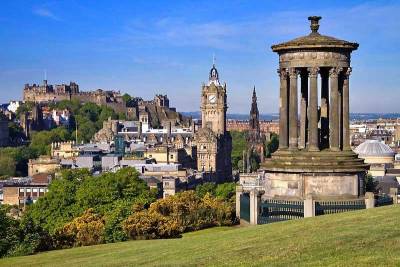 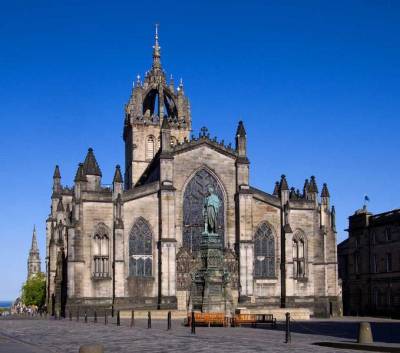 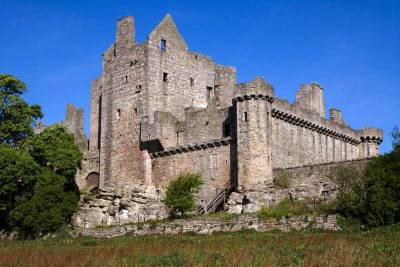 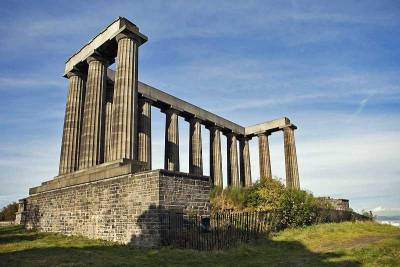 Savor the Tastes of Edinburgh 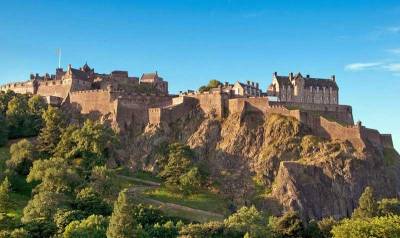 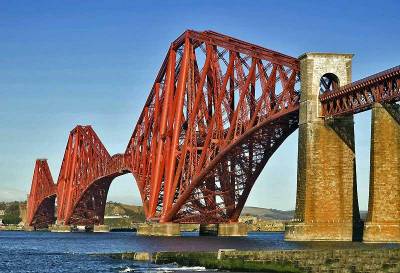 Firth of Forth Bridge, © Can Stock / ramonespelt

You can cruise to Edinburgh in the summer with a number of major cruise lines. Try to make sure the Edinburgh Royal Military Tattoo is performing before you pick your cruise date. If you cruise to Edinburgh on a small ship, you can dock at Leith, which is a few minutes from Old Town Edinburgh and Edinburgh Castle. Larger cruise ships dock at South Queensferry which is about a half hour cab ride from the castle.

The Edinburgh weather is a maritime climate. The average high temperatures from June to September are about of 17 C (63 F). The summer lows average about 10 C (50 F). Edinburgh weather in winter has temperatures that seldom go below freezing, but colder periods are possible. Rainfall is spread evenly throughout the year. Summer is the height of the tourist season and August is the most popular time to visit Edinburgh.

Edinburgh is the capital of Scotland. The phrase “burgh” in Scottish means “town” or “village”. Edinburgh started in the 1100s and nearly half a million people live there. In the 1600s Edinburgh made great efforts to protect itself from British rule. In 1707 the city united with Britain. Its Old Town and New Town are both UNESCO World Heritage Sites. The most famous historical figure for Edinburgh is likely Mary Queen of Scots, who ruled in the mid 1500s.