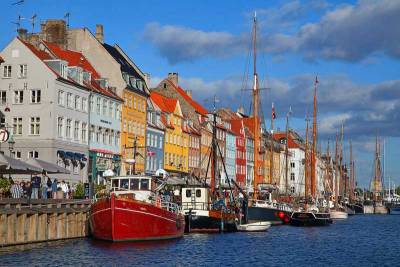 Nyhavn Harbor is a row of brightly painted 17th century houses on the Copenhagen harbor. The name translates to “New Harbour”, but the houses aren’t so new any more. The Nyhavn Harbor waterfront area was built by King Christian V. Nyhavn stretches from Kongens Nytorv Square to the Royal Playhouse, which makes Nyhavn only a couple blocks long. Hans Christian Andersen wrote fairy tales in house #20. The Royal Danish Theater faces Kongens Nytorv Square. From Nyhavn, take a one hour canal cruise through the canals of Copenhagen. Try a Hop-on Hop-Off Bus and Boat Tour. 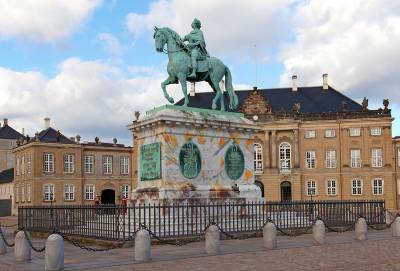 Tivoli Gardens is an amusement park that was an inspiration for Walt Disney to build Disneyland. Grøften Restaurant, in the Tivoli Gardens, is one of the most famous restaurants in Copenhagen. City Hall Square is located at the entrance to the Tivoli Gardens. The City Hall Square has room for 50,000 people. On the opposite side of City Hall Square is the Stroget. The Stroget is the longest pedestrian-only shopping street in Europe. It continues all the way to Kongens Nytorv Square and the beginning of Nyhavn Harbor. Also near the square, visit the Ny Carlsberg Glyptotek to see classic Egyptian, Roman and Etruscan art. 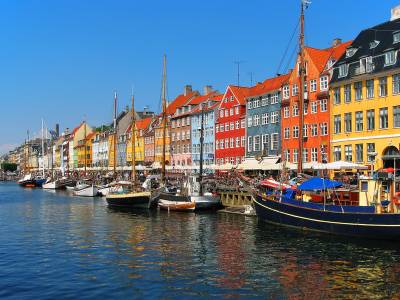 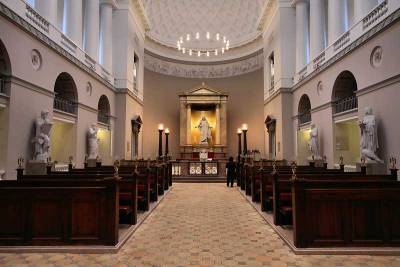 Copenhagen Cathedral, Church of Our Lady

Copenhagen Cathedral (Church of Our Lady) is also known as the National Cathedral of Denmark. A memorial in front of this Lutheran church commemorates the break of Denmark from the Catholic Church. Inside the church are life-size sculptures of the 12 apostles and Christ, created by Bertel Thorvaldsen. 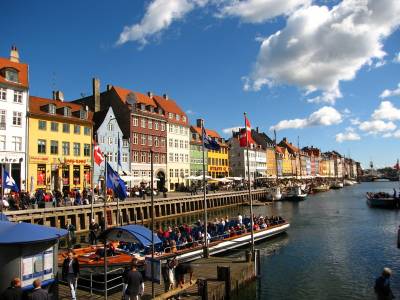 On the small island with Christiansborg Palace, you will also find the  Old Stock Exchange and the Royal Library and its Black Diamond wing. Visit Denmark’s greatest museum, the National Museum nearby as well. 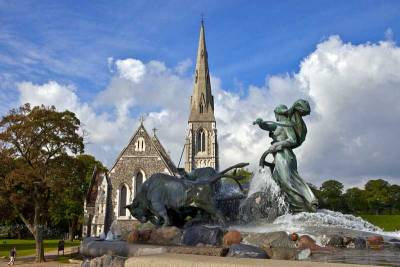 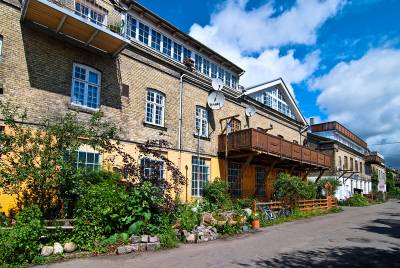 Christianshavn Harbor is series of 17th and 18 century buildings and canals that are filled with sail boats. Christianshavn includes Christiania – a self managed community and spin off of the hippie era. The Church of Our Savior with its spiral staircase steeple is the centerpiece of Christianshavn. 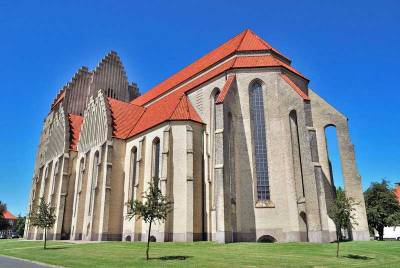 Rosenborg Castle – 16th century summer palace and garden of King Christian IV. See the king’s elaborate 1596 coronation crown. The Natural Natural History Museum – Botanical Gardens and the National Gallery of Denmark are close to Rosenborg Castle. A few blocks west of the Botanical Gardens takes you to the Søerne or “The Lakes”. The Søerne is a canal that is cut off from other Copenhagen canals. 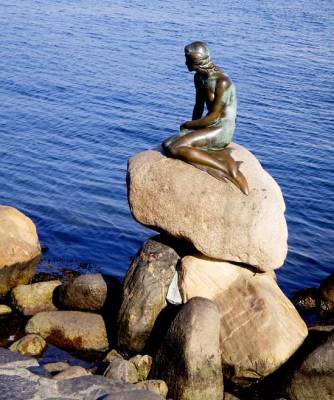 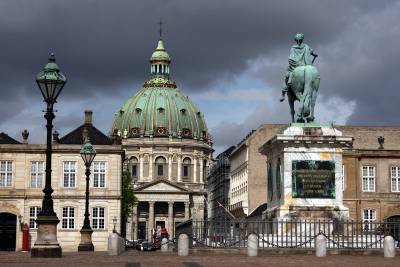 Dyrehaven is “The Deer Park”, north of town but easily accessible on the S Train. The name refers to the past, when deer filled the fields of the former hunting grounds of Danish royalty. Today it is home to the Bakken Amusement Park.

See the Sights near Copenhagen 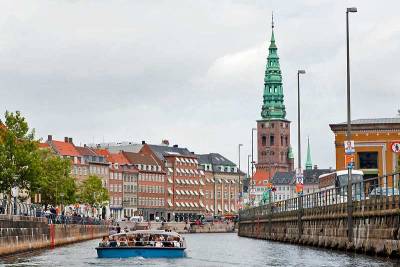 Public transportation is a good way to get around Copenhagen. Buses are available from the cruise ship docks to the Tivoli Gardens, the Stoget pedestrian shopping area and the home of Hans Christian Anderson. Another great option is Copenhagen City Bike, which has GPS maps on each bike. Use the Copenhagen City Bike app to find the nearest available bike. Copenhagen Kastrup Airport (CPH) is the hub for Scandanavian Airlines. The airport is about 15 minutes by train from Central Station in the Old Town city center. 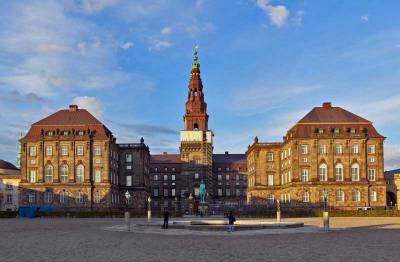 Copenhagen temperatures are cool even in summer.  The summer weather in Copenhagen averages around 68 F (20 C) for highs and 50 F (10 C) for lows. June to September are the best months to visit Copenhagen for the good weather.

Copenhagen is spelled Kobenhavn in Danish. The name translates to “merchant’s harbor”. Copenhagen is the capital of Denmark and its largest city. More than a million people live in the city. Copenhagen was founded in 1167 at the current site of Christiansborg Palace. The city has struggled to retain its importance in controlling shipping between the Atlantic and the Baltic Sea. Copenhagen is a major port on ocean liner cruises to Scandinavia. Cruise ships can take the pastoral German Kiel Canal between Copenhagen and the United Kingdom.