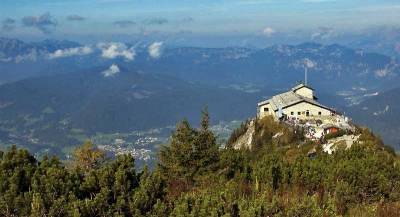 When you visit Berchtesgaden, take Bus #838 to the Eagle’s Nest (Das Kehlsteinhaus), which towers over the valley. This was Hitler’s mountain retreat, built specially for him. There’s a parking lot at Dokumentation Obersalzberg, which is where the #838 stops. From there, visitors transfer to special buses for the final ascent up a 24% grade. The ticket booth for the special buses is somewhat hidden to the lower parking lot. The Dokumentation Obersalzberg museum is at the back of the parking lot. 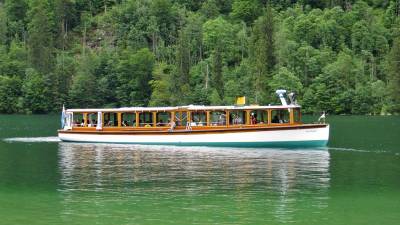 Bus #841 runs from Berchtesgaden to the Königssee and takes about 10 minutes. There you will find the Jennerbahn Cable Car for views of the Königssee and the Bavarian Alps or, from the same parking lot, Cruise the Konigssee on an electric boat to St. Bartholomew. Tickets for the boat cruise are sold beside the dock. Halfway across the lake by boat is a stop for the picturesque St. Bartholomew (Bartholomä) church and a restaurant. Hike about 1.5 hours from this stop to the ice chapel at the foot of the eastern face of the Watzmann. From St Bartholomew there’s an option to take the return voyage or to continue by boat down the lake to Salet and then return. The cliffs along the Königssee are steep and it is not possible to walk back, so don’t miss the last boat. 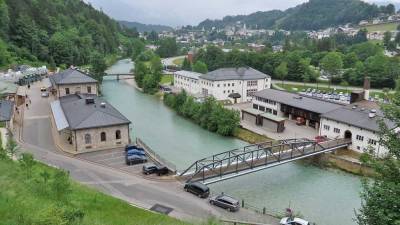 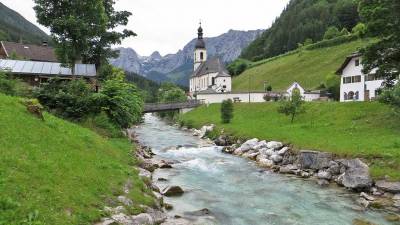 Savor the Tastes of Berchtesgaden 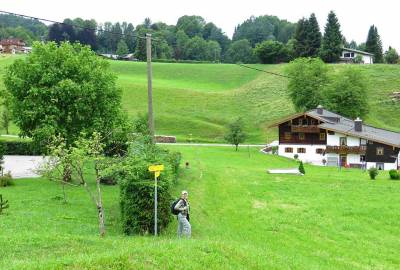 Hiking Trail from Obersalzberg to Berchtesgaden

May to September are the best months to visit Berchtesgaden for comfortable temperatures, but Berchtesgaden weather in summer also has the highest for rainfall and drizzly weather. Expect average highs to peak in July and August at around 75 F (24 C) with average lows of 57 F (14 C). The Alpine setting means that winter will have great skiing. Average highs for December – February are just above freezing, while average lows are a few degrees below freezing.

Berchtesgaden is a small town of about 10,000 people. It’s located in Bavaria. In this area, Germany extends in a small peninsula into Austria. The nearest major city is Salzburg, Austria. Salzburg is about a half hour from Berchtesgaden. Due to the unusual shape of the border, Berchtesgaden is basically south of Salzburg, but other cities in Germany are north of Salzburg. Berchtesgaden National Park contains the Watzmann, which is the third highest peak in Germany. Adolf Hitler loved to vacation here. His Eagle’s Nest was built above the city for his 50th birthday. The upper ranks of the Nazis spent their vacation time here and also planned their war strategy.