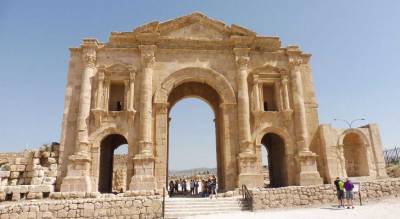 Although the site is amazing, Jerash has been denied UNESCO World Heritage status because reconstruction of portions of the site by the military in a manner that is not consistent with the originally ruins.  For example, stones were reassembled in the North Theater without considering their original placement.   In Greek and Roman times, the city was known as Gerasa.  After a Byzantine period, the Muslims took over the city in 635 AD and renamed it Jerash. 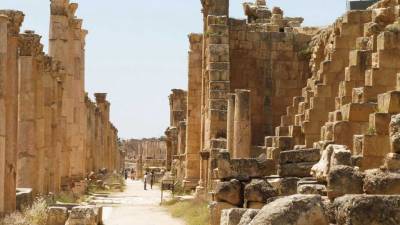 The site is extensive and has a number of significant areas: 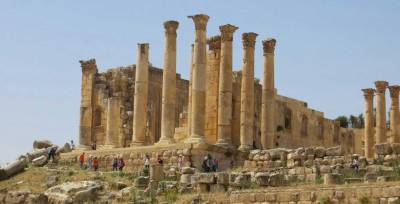 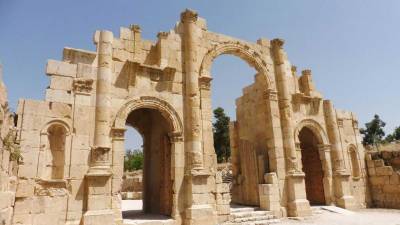 Jerash weather is hot in summer and very cool in winter.  Elevation influences temperatures.  Highs from December to February average about 55 F (15 C) and average lows then are about 40 F (4 C).  The hottest months of the year are June through September.  Expect averages highs then of 88 F (31 C) and average lows of about 65 F (18 C).  There is no rainfall for most of the year, but slight amounts of precipitation occur from December to March.  Light snowfall is possible in winter.

Amman is the gateway to get to Jerash.  Take an organized day trip to the ruins or arrange for a taxi cab for the day. 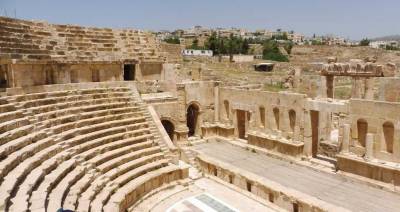 The best way to visit Jerash is to take an organized day tour or cab from Amman. 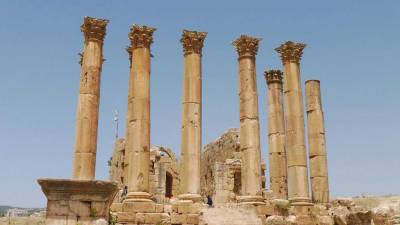 People sometimes spell Jerash as Jarash.  The ruins are found in and under the city of Jerash, which is located about an hour north of Amman.  The ruins of Jerash are the second most popular tourist destination in Jordan, after Petra.  An organized day trip tour is the best way to reach the site.  The ruins are exposed on the west half of the river, but they are also still buried underneath the modern city on the east side of the river.  Today the climate is too dry and the river level is too low to support the population that once lived here. 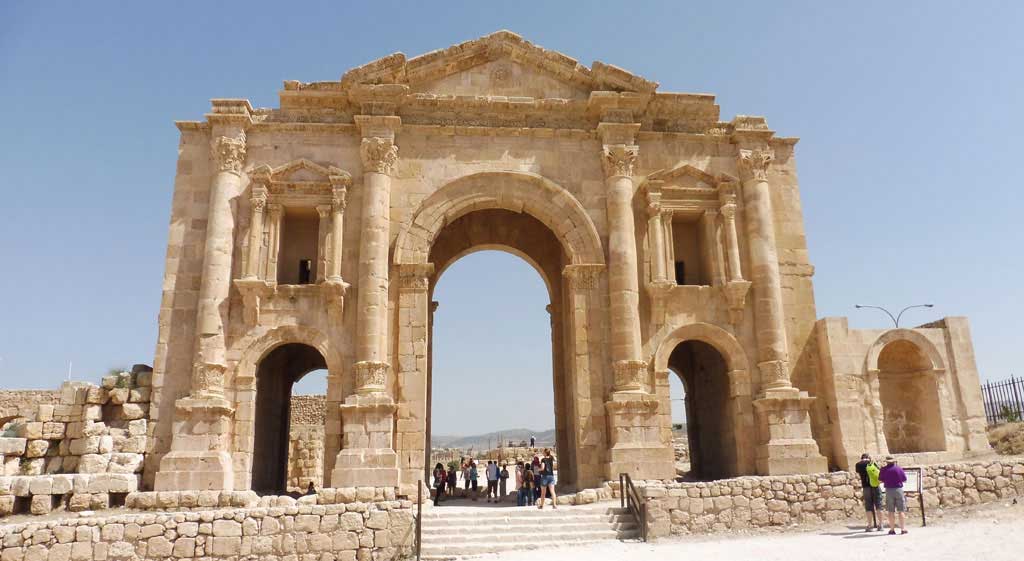 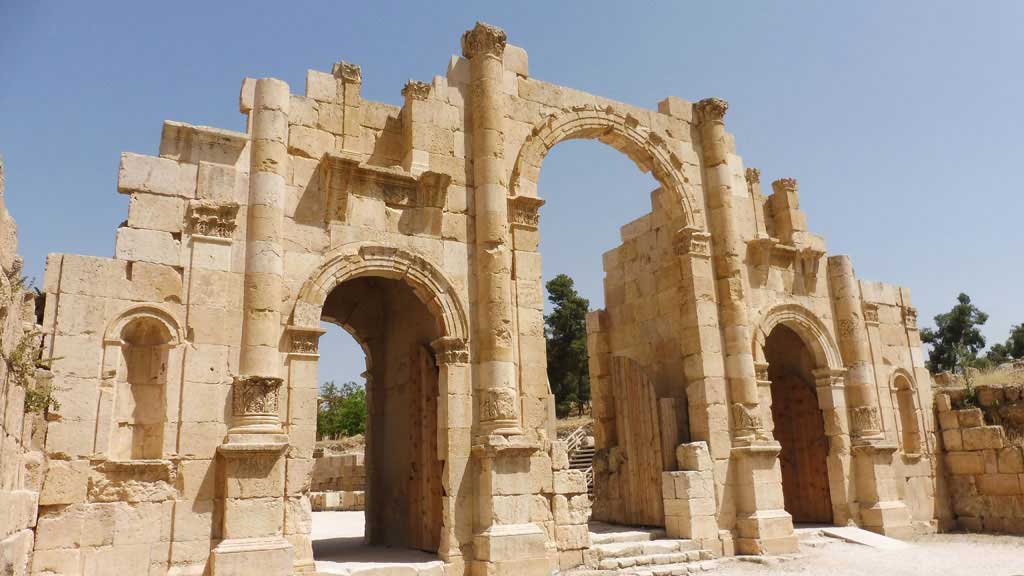 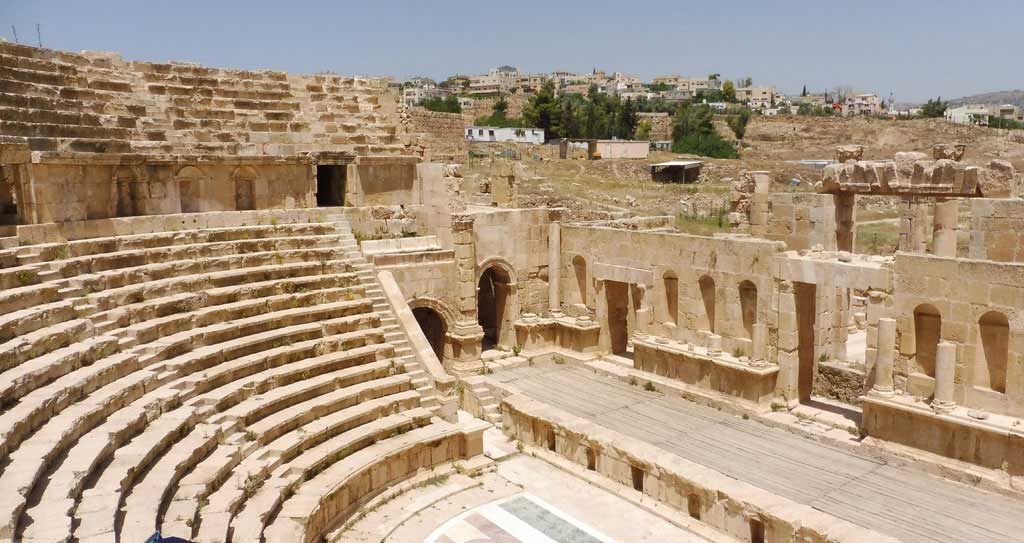 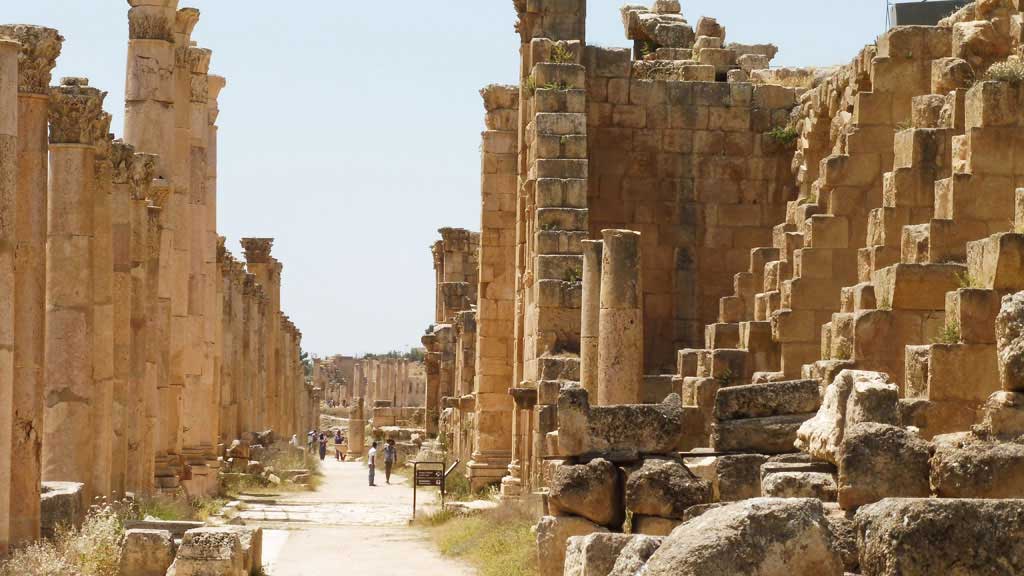 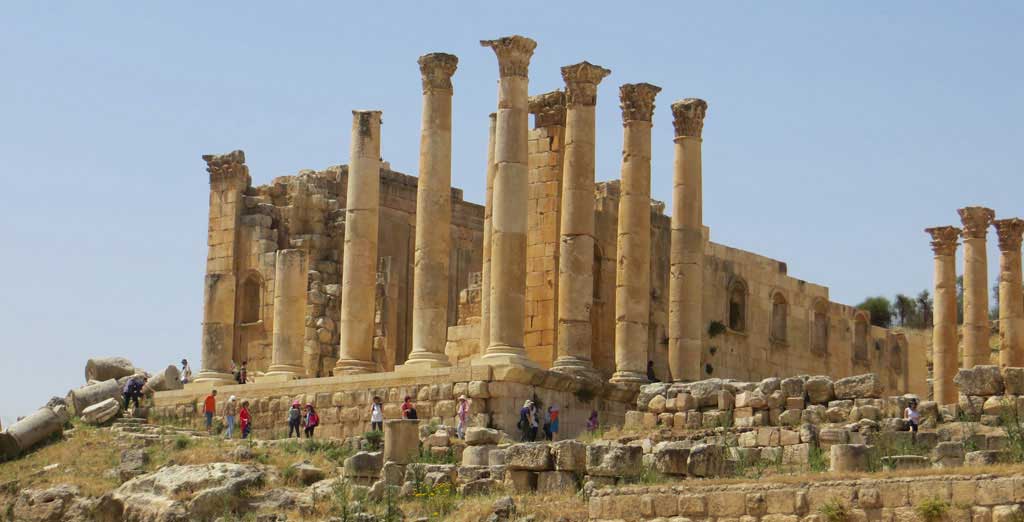 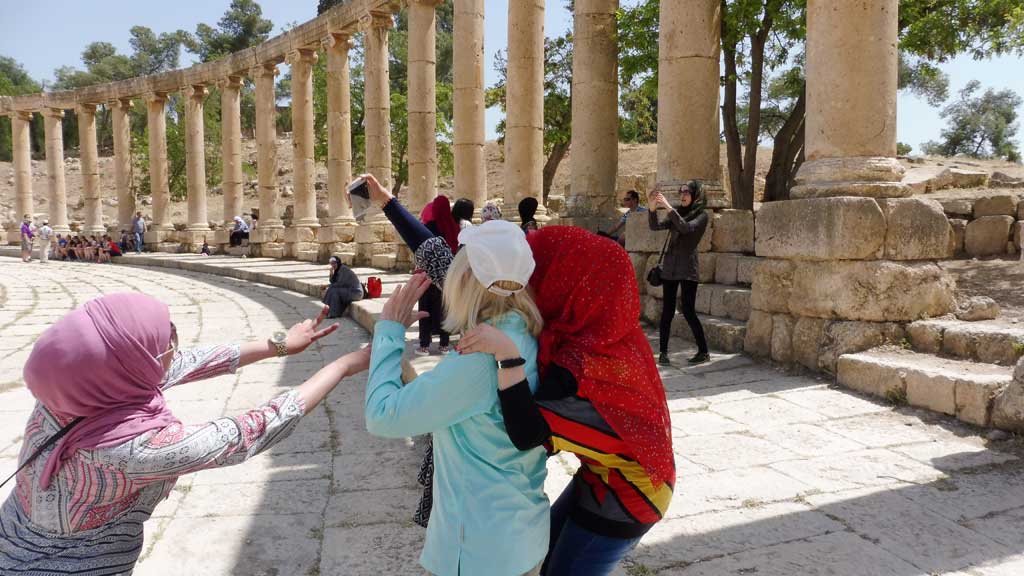 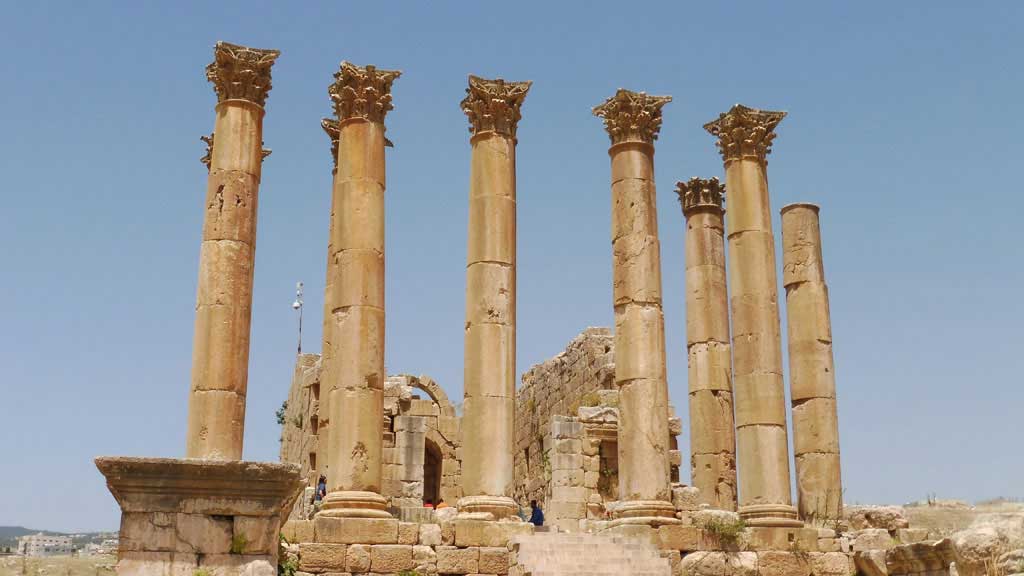